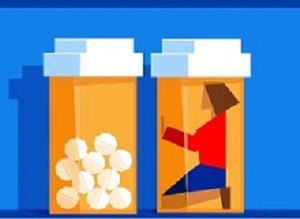 The first case in a flood of litigation against opioid drug manufacturers has opened on Oklahoma. According to a NPR report, Oklahoma attorney general Mike Hunter's suit alleges Johnson & Johnson, the nation's largest drugmaker, helped ignite a public health crisis that has killed thousands of state residents.

The report says Johnson & Johnson is the sole defendant in the case after two other companies – Teva Pharmaceuticals and Purdue Pharma – both both settled with the state before the trial began.

In opening statements, Hunter said the flood of opioid medications was the "worst manmade public health crisis in the history of our state and country." He said evidence would show that over 4,000 Oklahomans had died of overdoses from prescription opioids between 2007 and 2017.

Lawyers for the company argued in their opening statements that, far from creating a "public nuisance," as Oklahoma is arguing, their medication was critical for treating chronic pain. "Janssen's conduct was not a nuisance," said Larry Ottaway, representing Johnson & Johnson and its subsidiary Janssen Pharmaceuticals. "They provided medically necessary mediations … They were lawfully subscribed by doctors in the state of Oklahoma."

The report says the bench trial – with a judge and no jury – is the first of its kind to play out in court and, according to Nora Freeman Engstrom, a professor at Stanford Law School, lawyers in the other cases and the general public are eager to see what proof Hunter's office offers the court. "We'll all be seeing what evidence is available, what evidence isn't available and just how convincing that evidence is," she says.

The report says most states and more than 1,600 local and tribal governments are suing drugmakers and distributors. They are trying to recoup billions of dollars spent on addressing the fallout tied to opioid addiction.

Initially, Hunter's lawsuit included Purdue Pharma, the maker of OxyContin. In March, Purdue Pharma settled with the state for $270m. Soon after, Hunter dropped all but one of the civil claims, including fraud, against the remaining defendants. Then, the report said, just two days before the trial, another defendant, Teva Pharmaceuticals of Jerusalem, announced an $85m settlement with the state. The money will be used for litigation costs and an undisclosed amount will be allocated "to abate the opioid crisis in Oklahoma," the state attorney’s office said.

Teva said the settlement does not establish any wrongdoing on the part of the company, adding Teva, "has not contributed to the abuse of opioids in Oklahoma in any way."

The report quotes University of Kentucky law professor Richard Ausness as saying that the companies involved in this and other lawsuits against opioid manufacturers have a broad concern about what their liability might be. "This case will set a precedent," he says. "If Oklahoma loses – of course they'll appeal if they lose – but the defendants may have to reconsider their strategy."

With hundreds of similar cases pending – especially a mammoth case pending in Ohio – the state's strategy will be closely watched. "And of course lurking in the background is the multi-state litigation in Cleveland, where there will ultimately be a settlement in all likelihood, but the size of the settlement and the terms of the settlement may be influenced by Oklahoma," says Ausness.

But the legal case is complicated. Unlike tobacco, where states won a landmark settlement, Ausness points out in the report that opioids serve a medical purpose. "There's nothing wrong with producing opioids. It's regulated and approved by the Federal Drug Administration, the sale is overseen by the Drug Enforcement Administration, so there's a great deal of regulation in the production and distribution and sale of opioid products," Ausness explains. "They are useful products so this is not a situation where the product is defective in some way."

The report says it's an argument that has found some traction in court. Recently, a North Dakota judge dismissed all of that state's claims against Purdue, a big court win for the company. In a written ruling that the state says it will appeal, Judge James Hill questioned the idea of blaming a company that makes a legal product for opioid-related deaths. "Purdue cannot control how doctors prescribe its products and it certainly cannot control how individual patients use and respond to its products," the judge wrote, "regardless of any warning or instruction Purdue may give."

Now, the report says, the Oklahoma case rests entirely on a claim of public nuisance, which refers to actions that harm members of the public, including injury to public health.

Of the $270m Purdue settlement, $200m is earmarked for an addiction research and treatment centre in Tulsa, though no details have been released. An undisclosed amount of the $85m Teva settlement will also go to abating the crisis.