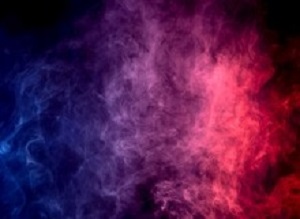 Adolescent use of electronic cigarettes initially took the US public health community by surprise, reports the New England Journal of Medicine. In 2011, less than 2% of high school students reported having used e-cigarettes in the previous month. By 2015, the percentage had jumped to 16%. The following year, the US Surgeon General concluded that e-cigarette use among young people was “a public health concern”.

Ensuing public education campaigns and policies helped bring the prevalence of past-month e-cigarette use among US high school students down to 11% in 2016, write Dr Jessica L Barrington-Trimis and Dr Adam M Leventhal from the Keck School of Medicine at the University of Southern California and the USC Norris Comprehensive Cancer Centre.

But a recent evolution in technology and marketing may threaten this progress.

“According to Nielsen data, as of 27 January 2018, Juul had captured 49.6% of the e-cigarette market. There is reason to be concerned that adolescents’ use of pod mods is not a passing trend and could bring a host of adverse health consequences to the current generation of adolescents and young adults.

“Pod mods may deliver high levels of nicotine with few of the deterrents that are inherent in other tobacco products. Traditional e-cigarette products use solutions with free-base nicotine formulations in which stronger nicotine concentrations can cause aversive user experiences.

“Juul and other pod mods use protonated nicotine formulations derived from the nicotine salts in loose-leaf tobacco. According to their advertisements, nicotine salt solutions contain nicotine concentrations two to 10 times those found in most free-base-nicotine e-cigarette products.

"Juul’s website indicates that there is 0.7 ml of nicotine per pod (concentration, 59mg per millilitre [5%]) – equivalent to approximately 20 combustible cigarettes. According to a patent application, the combination of salt-based nicotine and other additives results in a satisfying experience even at high nicotine concentrations,"Barrington-Trimis and Leventhal continue.

“This innovation in nicotine chemistry may be critical with regard to the addictiveness of pod mods. Combustible cigarettes deliver high doses of nicotine as well, but the noxious taste and sensations of the initial smoking experience discourage some young people from continuing to smoke. Pod mods may deliver an addictive dose of nicotine without an aversive user experience or other tobacco-related deterrents – which may be one reason why 80% of 15-to-24-year-olds who try Juul continue using the product and why social media posts saying 'addicted to my Juul' are common.

“Pod mods are easy to conceal from authority figures. As compared with many e-cigarette devices, they generally need less electrical power to deliver high doses of nicotine and so are compact. Juul vaporizers measure 9.4cm by 1.5cm by 0.8cm and weigh only 0.01kg. They are inconspicuous, closely resembling computer USB drives. Young people can therefore readily conceal them, and teen use of pod mods on school grounds, including use during class time, is reportedly widespread.

“Furthermore, pod mods may appeal to a wide audience. They have a sleek, modern design, and their packaging resembles that of a smartphone. Customisable adhesive covers for Juul (like mobile-phone cases) are marketed as ‘skins’ – the same term used for the visual personae that video-game players can select to represent their gaming characters.

Juuls are available in attractive-sounding flavours, including ‘creme,’ ‘fruit medley,’ ‘mango,’ and ‘cool mint,’ and are easy to use. Many e-cigarette devices require purchase of solutions from independent manufacturers, manual refilling, and user calibration. With most pod mods, consumers merely open their starter kit package, slide a flavour pod into the device, and start vaping, write Barrington-Trimis and Leventhal.

“Although there may be far less diversity and quantity of toxins in e-cigarette aerosol than in combustible cigarette smoke, e-cigarettes are not without risks. Their aerosol can include metals, volatile organic compounds, and flavouring additives, which may be harmful when inhaled, particularly to adolescent users, who in fact are more likely than nonusers to report having respiratory symptoms.

“Moreover, nicotine adversely affects the developing brain and causes addiction. Adolescent exposure to nicotine is associated with an increased risk of mood and attention problems. Nicotine is the principal constituent responsible for the substantial addictiveness of tobacco products. Symptoms of nicotine addiction, such as drug withdrawal and forfeiture of social, occupational, or recreational activities in favour of nicotine use, cause substantial distress and impairment.

"Given the high nicotine concentrations in pod mods, the nicotine-related health consequences of use by young people could be worse than those from most e-cigarette products. Yet 63% of 15-to-24-year-olds surveyed did not know that nicotine is present in all Juul products.

“E-cigarette use may increase the risk for combustible-cigarette smoking. A consensus report of the National Academies of Sciences, Engineering and Medicine concluded that adolescents and young adults who use e-cigarettes are more likely than non-users to start smoking combustible cigarettes, and it cited evidence that higher nicotine concentrations may heighten the risk of such a transition.1 It’s important to study how and to what extent the increased popularity of pod mods among adolescents affects the prevalence of combustible-tobacco use among young people.

“Since many pod mods are virtually indistinguishable from USB drives, some schools have banned all USB drives from their grounds. School districts have launched parent- and teacher-education programs to inform adults about pod mods and how to determine whether their children or students are using them."

Barrington-Trimis and Leventhal believe that "schools should emphasize zero-tolerance policies for the possession of any tobacco products on school grounds. There are several school-based educational programs focused on prevention and cessation of tobacco use that are considered promising by the Substance Abuse and Mental Health Services Administration’s National Registry of Evidence-Based Programmes and Practices and by other agencies. Such programmes may provide a useful launching point for the development of evidence-based interventions addressing pod mod use by adolescents.

“On 18 April, 2018, six public health organisations urged the US Food and Drug Administration (FDA) – the federal agency charged with regulating e-cigarettes – to take action to prevent 'Juul-ing' by young people. The group urged the FDA to act to suspend internet sales of Juul until stronger regulations can be implemented to prevent online purchases by young people and to increase enforcement of restrictions against e-cigarette sales to minors in brick-and-mortar stores. It also encouraged the FDA to advance the deadline (currently set for 2022) for determinations of whether existing e-cigarette products may remain on the market. A coalition of 11 US senators also recently wrote to the FDA with similar concerns and called for the prohibition of sales of e-cigarettes in ‘kid-friendly’ flavours.”

Barrington-Trimis and Leventhal write that the FDA has begun to take action. "On 24 April 2018, the agency announced recently initiated, nationwide, undercover operations to identify and intervene with retailers that sell e-cigarettes to minors, restrictions against third-party resale of Juuls on the popular shopping website eBay, and detailed requests for information from the manufacturer of Juul to aid FDA efforts to prevent Juul-ing by young people.

“Comprehensive actions are urgently needed to counteract adolescents’ use of pod mods and other e-cigarettes. In the meantime, we advise physicians and parents to remain on alert regarding this emerging public health concern.”