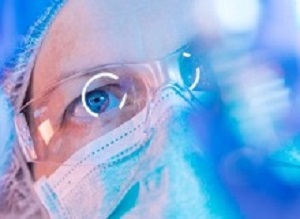 A UK report has criticised the EU’s Clinical Trial Directive saying it has “killed academic research” by making trials so “horrendously expensive”  that only the largest pharmaceutical companies can afford to get new products registered.

EU rules placing “unreasonable burdens” on drug licensing risk making cancer deaths more likely. The Daily Telegraph reports that this is according to two top scientists, Angus Dalgleish, professor of oncology at the University of London, and Professor Keith Lewis, director of science and technology consultancy Sciovis, have criticised the EU’s Clinical Trial Directive saying it has "killed academic research" by making trials so "horrendously expensive" that only the largest pharmaceutical companies can afford to get new products registered.

The report says in their joint report, Let’s Embrace World-Class Scientific Collaboration, the professors claim the directive is pushing up the cost of treatment for UK taxpayers with cancer drugs now costing an average of £5,000 a month. The report states: “Patients suffer from directives. The Clinical Trial Directive was put forward in the spirit of harmonisation but was, in fact, a mechanism to make trials so horrendously expensive that only Big Pharma could afford to get their products registered.

"This conveniently made it extremely difficult for smaller companies and generics to compete. Unfortunately, at a stroke, this killed clinical academic research into innovative treatments that could be applied rapidly to the clinic.”

Calling for Britain to decide its own funding objectives post Brexit, rather than having to pay into EU schemes over which it has no control, the report claims decision making in EU science programmes has become increasingly political, describing their administration as a “bureaucratic nightmare”. The report also criticises Sir Paul Nurse, former president of the Royal Society, for claiming Brexit will be a “disaster” for British science, pointing out that overseas funding for UK's research and development fell for the third consecutive year during the period 2014 to 2017, with the business community providing the largest contribution (68%).