Substance use and first-episode psychosis in the Eastern Cape 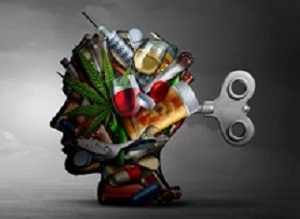 In keeping with national and international literature, research from Walter Sisulu University showed a high prevalence of substance use in South African patients with first-episode psychosis.

In the first study of its kind in the Eastern Cape, a young Port Elizabeth doctor found strong links between mental illness and high levels of “lifetime substance abuse” in patients admitted to the acute mental health unit at the city’s Dora Nginza Hospital, according to a Daily Maverick report. Before the study, carried out with the support of a grant by the Discovery Foundation, there were no other studies to inform policymakers on the links between substance abuse and mental illness in the province.

The report says the research, by Dr Yanga Thungana, a psychiatrist at the acute mental health care unit at Dora Nginza Hospital in Port Elizabeth, supported by two professors from the Walter Sisulu University, Zukiswa Zingela and Stephan van Wyk, is the first in a series to build a case for a better treatment model for the province. “We are going to do a few further studies to enable us to present the Health Department with solid evidence for policy change,” Thungana said.

In his study, he looked at data of 12 months of admissions for patients who presented with first onset psychotic episodes. Of the 117 patients that formed part of his study, 86 were men and 31 women. They were aged between 18 and 60, and 95 out of 117 had a history of long-term active or previous substance abuse and 116 had a documented history of substance abuse. This percentage was higher than in other studies done in South Africa, and Thungana said it was one of the things they would study further.

“Our study showed a very high prevalence of substance use (81.9%) in inpatients presenting with a first episode of psychosis and who were admitted to the Dora Nginza Mental Health Unit.”

He said 66% of the patients in the study were unemployed. Thungana said they found a strong link between unemployment and substance abuse. “It is difficult to say which come first. People with mental illness tend not to be employed, but even if they are employed their functioning is impaired, so they also have a large chance to lose their jobs,” he said.

First-episode psychosis and substance use in Nelson Mandela Bay: Findings from an acute mental health unit