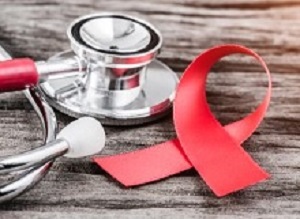 A review of HIV incidence among young people in east and southern Africa since antiretroviral treatment (ART) roll-out reveals failures to reach the highest-risk young women. The systematic review and meta-analysis also found ART roll-out did not improve the disparity of HIV incidence between adolescent girls and boys (aged 15 to 19), with teenage girls having significantly higher infection rates than teenage boys in all studies analysed. Incidence was found to be as high as 8% among adolescent girls in KwaZulu-Natal, South Africa while remaining less than 1% among adolescent boys in almost every setting.

The authors reviewed trends in HIV incidence among young people from the start of HIV treatment expansion, through to the launch of large prevention programmes targeting adolescent girls and young women. This includes the US President's Emergency Plan for AIDS Relief’s (PEPFAR) DREAMS initiative, which began in 2014 with the goal of reducing HIV incidence among adolescent girls and young women by 40%.

The analysis examined studies reporting observed – rather than estimated – HIV incidence, based on serological samples collected between 2005 and 2015 among young people in Kenya, Malawi, Mozambique, South Africa, Swaziland, Tanzania, Uganda, Zambia, and Zimbabwe, nine of the ten DREAMS countries (no eligible studies from Lesotho were identified).

Decisions about where to implement programmes such as DREAMS have largely been based on data relating to HIV prevalence and modelled incidence estimates, which are more readily available than data on observed incidence. However, directly observed HIV incidence can be more useful for identifying both the timing of new infections and the populations at highest risk – and consequently the greatest windows of opportunity for prevention efforts.

Since 2005, when ART roll-out began in east and southern Africa, data suggests HIV incidence among adolescent girls and young women declined in Rakai in Uganda, Manicaland in Zimbabwe and nationally across South Africa.

However, in settings with particularly high HIV prevalence among the general population and among young women belonging to other key populations, little evidence was found to suggest ART and other efforts had slowed transmission by 2016.

The fact that the highest-risk young women are not appearing to benefit from the rollout of ART or other prevention efforts may be due, in part, to these women’s sexual partners being unaware of their HIV status or not being on treatment. ART coverage among HIV-positive men in their twenties and thirties – the age groups most likely to be sexually involved with adolescent girls and young women – is relatively low.

Disparities between young women and men’s HIV risk have also persisted since ART was rolled out. Despite wide geographical diversity between the studies analysed, HIV risk was higher among teenage girls (ages 15–19) than teenage boys in all studies, settings, and time-points. In pooled analyses, HIV risk was up to six times higher for adolescent girls in southern African and three times higher for adolescent girls in east Africa than their male peers. This difference was found to narrow when people hit their mid-20s, the point at which HIV incidence among men escalates.

In studies examining HIV incidence among the general population, women’s HIV risk was found to increase until their mid-twenties, when it typically peaks. In contrast, among young female sex workers, bar workers and guesthouse workers and young women attending STI clinics, risk was often higher among teenagers than those aged 20 or above. This may reflect the barriers high-risk adolescent girls face in accessing HIV testing and treatment services or negotiating condom use. It might also reflect the risk profiles of male partners.

Although the review shows recent declines in HIV incidence among adolescent girls and young women in some settings, it suggests the availability of ART and other interventions might be insufficient to reduce HIV infections among young women from higher-risk groups and in settings where HIV prevalence is particularly high. Neither does ART appear to be reducing the relative HIV risk for teenage girls.

This study adds further weight to the need for HIV prevention programmes to address the persistent gender and age inequalities that drive excessive HIV vulnerability among adolescent girls and high-risk young women in order to tackle infections among the growing population of adolescents in sub-Saharan Africa. As the authors rightly point out, supporting men in their 20s and 30s through testing, prevention, and treatment cascades must be part of this solution.