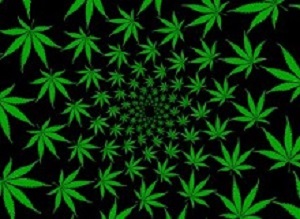 A Massachusetts General Hospital (MGH) study finds that one month of abstaining from cannabis use resulted in measurable improvement in memory functions important for learning among adolescents and young adults who are regular cannabis users. The study is one of the first to prospectively track over time changes in cognitive function associated with halting cannabis use.

"Our findings provide two pieces of convincing evidence," says Dr Randi Schuster, director of neuro-psychology at the Centre for Addiction Medicine in the Massachusetts General Hospital department of psychiatry, lead author of the paper. "The first is that adolescents learn better when they are not using cannabis. The second – which is the good news part of the story – is that at least some of the deficits associated with cannabis use are not permanent and actually improve pretty quickly after cannabis use stops."

The authors note that the use of cannabis among adolescents is common, with more than 13% of middle and high school students reporting cannabis use in a recent survey and rates of daily use increasing between grades 8 and 12. But adolescence is a critical time for brain maturation, specifically for brain regions that are most susceptible to the effects of cannabis. A 2016 study from the same research team found that cannabis users aged 16 and under had difficulty learning new information, a problem that was not observed in users age 17 and older.

The current study is the first one able to determine not only whether cognitive improvement occurs but also when during abstinence this improvement is detectable. The study enrolled 88 participants ages 16 to 25 from the Boston area, all of whom acknowledged using cannabis at least once a week. Investigators compared weekly cognitive performance between a group of young cannabis users who agreed to stop their use for 30 days and a group that continued to use cannabis. To ensure that the two groups were as comparable as possible, they were randomised in a way that controlled for factors such as pre-existing differences in learning, mood, cognition and motivation, and the frequency and intensity of cannabis use.

Participants completed regular assessments of their thinking and memory during the study period. They also provided frequent urine tests to verify cannabis abstinence in those randomised to stop cannabis use and cannabis exposure in the continuing-use group. Members of both groups received incentive payments for study visits and among the abstinence group for adhering to cannabis abstinence.

Throughout the study period, the levels of the urinary cannabis biomarker steadily decreased among the abstinence group, with almost 89% meeting criteria for 30 days of continuous abstinence. In the continuing-use group, biomarker levels remained unchanged. Cognitive testing found memory – specifically the ability to learn and recall new information – improved only among those who stopped using cannabis, and this improvement occurred largely during the first week of abstinence. A month of cannabis abstinence was not associated with improvements in attention, and no aspect of cognitive functioning improved among those who continued cannabis use.

"The ability to learn or 'map down' new information, which is a critical facet of success in the classroom, improved with sustained non-use of cannabis." Schuster says. "Young cannabis users who stop regular – weekly or more – use may be better equipped to learn efficiently and therefore better positioned for academic success. We can confidently say that these findings strongly suggest that abstaining from cannabis helps young
people learn, while continuing cannabis use may interfere with the learning process."

An assistant professor of psychiatry at Harvard Medical School, Schuster adds, "There are still a lot of open questions to be studied, including whether attention might improve and memory continues to improve with longer periods of cannabis abstinence." Those questions and others are being addressed in a larger follow-up trial that includes younger participants – ages 13 to 19 – and a group that never used cannabis to help determine whether the cognitive improvements produced by cannabis abstinence return participants to performance levels similar to those of non-users. Another trial about to begin will follow young cannabis users who abstain for six months, investigating whether cognition continues to improve beyond 30 days and if those improvements can affect school performance.

Abstract
Objective: Associations between adolescent cannabis use and poor neurocognitive functioning have been reported from cross-sectional studies that cannot determine causality. Prospective designs can assess whether extended cannabis abstinence has a beneficial effect on cognition.
Methods: Eighty-eight adolescents and young adults (aged 16–25 years) who used cannabis regularly were recruited from the community and a local high school between July 2015 and December 2016. Participants were randomly assigned to 4 weeks of cannabis abstinence, verified by decreasing 11-nor-9-carboxy-∆9-tetrahydrocannabinol urine concentration (MJ-Abst; n = 62), or a monitoring control condition with no abstinence requirement (MJ-Mon; n = 26). Attention and memory were assessed at baseline and weekly for 4 weeks with the Cambridge Neuro-psychological Test Automated Battery.
Results: Among MJ-Abst participants, 55 (88.7%) met a priori criteria for biochemically confirmed 30-day continuous abstinence. There was an effect of abstinence on verbal memory (P = .002) that was consistent across 4 weeks of abstinence, with no time-by-abstinence interaction, and was driven by improved verbal learning in the first week of abstinence. MJ-Abst participants had better memory overall and at weeks 1, 2, 3 than MJ-Mon participants, and only MJ-Abst participants improved in memory from baseline to week 1. There was no effect of abstinence on attention: both groups improved similarly, consistent with a practice effect.
Conclusions: This study suggests that cannabis abstinence is associated with improvements in verbal learning that appear to occur largely in the first week following last use. Future studies are needed to determine whether the improvement in cognition with abstinence is associated with improvement in academic and other functional outcomes.