Anger over crowdfunding to fight cholera in Zimbabwe 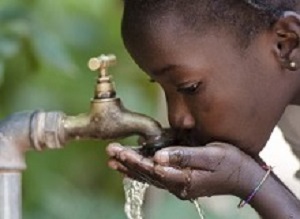 The revenue-strapped Zimbabwe government has launched a crowdfunding campaign to deal with an outbreak of cholera that has so far killed 30 people, angering many citizens over the ‘misuse’ of state funds, reports the BBC.

In 2008, a cholera outbreak killed some 4,000 people and at least 100,000 people fell ill. This was a key factor in persuading President Robert Mugabe to agree a power-sharing government with the opposition, as the government did not have the money to deal with the outbreak.

The current outbreak began on 6 September after water wells were contaminated with sewage in Harare. Tests found the presence of cholera and typhoid-causing bacteria which has so far infected over 3,000 people, Health Minister Obadiah Moyo is quoted in the report as saying.

The World Health Organisation said the disease has spread to five of the country's 10 provinces.

The report says the cholera outbreak can be traced to Harare city council's struggle to supply water to some suburbs for more than a decade, forcing residents to rely on water from open wells and community boreholes.

It has been reported that the crowdfunding campaign has already received some backers. They include telecommunication giant Econet Wireless, which has contributed $10m and the Zimbabwe Red Cross Society $250,000.