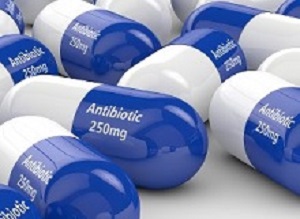 Cancer patients who took antibiotics during immunotherapy treatment lived about half as long as those who avoided the drugs, The Guardian reports a new UK study of more than 300 people has found. Researchers said the new work underscores the importance of taking antibiotics only when medically necessary and shows general practitioners should coordinate closely with oncologists when treating patients on cutting edge treatments.

“Clearly, we need to treat serious or life-threatening infections with antibiotics,” said a co-author, Nadina Tinsley of the Christie NHS Foundation, where the research was conducted. “The challenge is striking the right balance.”

The report says the research was presented at the American Society of Clinical Oncology meeting in Chicago, the world’s largest annual cancer conference.

However, researchers believe bacteria in the digestive system plays a role in activating the body’s immune system, by encouraging activity in the toxin-rich gut. There, the body “recruits” t-cells to keep harmful bacteria at bay. Researchers believe antibiotics “clear the gut” of those bacteria, which take weeks to recover, and may cause t-cells to be less active.

“There are lots of toxins in our gut,” said Tinsley, “and they will recruit the immune system to be active, and there will be more white blood cells.” Without those bacteria, the immune system may be less active overall, diminishing the effects of immunotherapies. Infections are a common complication for cancer patients.

The report says researchers looked at patients between January 2015 to March 2017 at the Christie NHS Foundation Trust, and studied 303 patients with melanoma, non-small cell lung cancer and renal cancer. About one-third of all the patients received antibiotics either two weeks before or six weeks into their cancer therapy. The study is retrospective.

Experts said in the report that what made the research particularly strong was that it included demographic information, prior treatment, and importantly, the extent of a patient’s disease, factors which had confounded previous research. This allowed researchers to take into acount whether patients who received multiple courses of antibiotics were sicker overall.

“It’s potentially quite a big, big problem,” said Dr Matthew Krebs, a co-author. “Sometimes they are for a genuine infection but other people get antibiotics unnecessarily. The patient might just have had a temperature but this is effecting their (cancer) outcome.”

Scientists said more research is needed with a larger group of patients, but that the study holds promise. If more studies show how antibiotics interfere with immunotherapy, it may be possible to show how intestinal flora can help new cancer treatments.

Dr Monty Pal, an expert on cancers of the kidney, bladder and prostate and the co-director of the City of Hope’s kidney cancer programme, said the study represented the best to date, and “confirmed the association between antibiotic use and impeded outcomes” for immunotherapies. “It ties into the theme of really not using antibiotics for frivolous or non-indicated uses,” said Pal.

Abstract
Background: Efficacy of immune checkpoint inhibitors (CKIs) for treatment of cancer may be affected by the use of antibiotics (ABX). The gut microbiome is involved in immunotherapy responses therefore ABX known to alter the gut microbiome may affect tumour inflammation and microenvironment, leading to decreased CKI efficacy.
Methods: Retrospective data analysis was undertaken on metastatic cancer patients (pts) treated with CKIs between January 2015 and March 2017 at the Christie NHS Foundation Trust. Melanoma, renal and non-small cell lung cancer (NSCLC) pts were included. Demographics, prior systemic treatment, extent of disease, CKI agent and use of ABX (route, duration, multiple concurrent/successive courses) were collected. Progression free survival (PFS) and overall survival (OS) were compared between ABX groups (ABX + defined as pts treated with ABX within 2 weeks of CKI initiation or 6 weeks after, ABX – as pts with no ABX during specified period). Statistical analyses were performed with univariate and multivariate models.
Results: Of 303 included pts (201 (66%) melanoma, 56 (18%) NSCLC and 46 (15%) renal) 94 (31%) received ABX (commonest beta-lactam ABX and macrolides). In multivariate analysis, ABX + pts had shorter PFS and OS when compared to ABX – pts: PFS 97 days (95% CI 84-122) vs 178 days (95% CI 155-304) p = 0.049; OS 317 days (95% CI 221-584) vs 651 days (95% CI 477-998) p = 0.001. Cumulative ABX ( > 10 days, multiple concurrent/successive courses) demonstrated particularly shortened PFS 87 days (95% CI 83-122) p = 0.0093 and OS 193 days (95% CI 96-355) p = 0.00021. Pts treated with ABX prior to CKI initiation had shorter PFS and OS than those treated after CKI initiation (HR 1.37 and HR 1.72) p = 0.29 and 0.08 respectively.
Conclusions: To our knowledge, this is the largest multivariate analysis showing ABX use is an independent predictor of shorter PFS and OS in cancer pts treated with CKI. It is the first analysis to demonstrate cumulative ABX use is associated with even poorer outcomes across multiple tumour types independent of clinical factors. The data suggests a trend towards reduced PFS in pts who received ABX prior to CKI initiation, warranting further validation in a larger cohort.