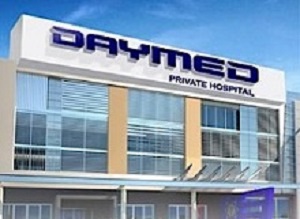 An application against the medical doctor owner of a KwaZulu-Natal hospital and seven others, as well as against the Health Professions Council of SA, for the doctor's suspension and the institution of disciplinary proceedings against him, was an abuse of court process, the Pietermaritzburg High Court has ruled.

Convicted fraudster Visham Panday has made “unsubstantiated” and “vague” allegations against Dr Navind Dayanand that “lack detail” and “do not show any misconduct”. The Witness reports that these were the findings of Pietermaritzburg High Court Judge Piet Bezuidenhout who ruled that Panday must put up security if he wants to pursue an application against Dayanand – the owner of Daymed Private Hospital – and seven others, including the Health Professions Council of South Africa (HPCSA). The application is to order the HPCSA to suspend the doctor and institute disciplinary proceedings against him.

The judge said that it is the council’s duty to investigate any alleged misconduct and it has indicated it is doing so. “The main application accordingly amounts to an abuse of the court process,” said Judge Bezuidenhout. He said Panday is a director of Sibeko Petroleum Ltd and has other business interests. However, he has not set out that he has the means to satisfy any costs order that is made against him.

There is also the difficulty that the allegations by Panday are unsubstantiated, Judge Bezuidenhout said. A balancing exercise must be done against the prejudice the doctor would suffer if the claim fails and he is unable to recover his costs, and the prejudice to Panday if he can’t continue with the claim if security for costs is ordered.

According to the report, the judge said Panday’s founding affidavit contains mainly unsubstantiated averments. It refers to what he was informed of by various people but there are no confirmatory affidavits. There is also no explanation why none are attached.

One of the allegations is that Dayanand got his medical degree from India, three years after he had left India. Panday also claims that the doctor’s son fraudulently obtained his medical qualification and his daughter was fraudulently admitted into medical school and was later “expelled or deregistered”.

The report says other allegations include that the registration of the hospital lapsed a few years ago and a Health Department official was to be paid R150,000 to stop investigating the matter. He also alleged “there is a tax liability” which Daymed owes to SARS.

Panday also alleges that patients treated at the hospital intend suing the hospital for being billed twice. One patient was treated by an unregistered doctor who prescribed the wrong medication, he said.

The report says Dayanand denies the allegations. In supporting the security for costs application, the judge said the doctor referred the court to four different actions which Panday has instituted against him, and various other cases. While Panday states he has made out a strong case for Dayanand to be suspended, the judge said there is no evidence or any proof in the papers supporting these averments.

“There is also not one incident mentioned where applicant (Dayanand) in his professional capacity incorrectly treated any person,” he said.

According to the report, he said there is no indication on what basis any disciplinary proceedings can be instituted against the doctor in his professional practice.