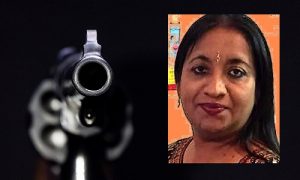 Babita Deokaran, the “exemplary” chief director of financial accounting at Gauteng Health and a witness in the Special Investigation Unit’s probe into R332m of fraudulent COVID-19 contracts, was killed in a possible hit to silence her, writes MedicalBrief.  Deokaran had, in correspondence, also fingered the Gauteng Treasury as a “silent partner” to the corruption.

Deokaran was also a key witness in an investigation run from Gauteng premier David Makhura’s office. Makhura’s spokesperson Vuyo Mhaga told TimesLIVE that Deokaran, who had spells as the Health department’s Chief Financial Officer, had been instrumental in the investigation as well as in disciplinary hearings against numerous health department officials.

“Babita played a crucial role in the investigation. She provided key information into how certain tenders were awarded. She was part of a group of officials who stepped up and said they were not prepared to allow what was happening to continue,” said Mhaga. “During her tenure as acting CFO, she uncovered serious corruption around tenders, which included those linked to hospitals. She helped stop numerous questionable payments for PPE tenders.”

Gauteng Premier David Makhura announced on Tuesday (24 August) that a dedicated SAPS provincial task team had been established to investigate the murder of Deokaran (53), who was shot outside her home in Mondeor shortly after dropping her daughter at school. She died after admission to hospital.

Special Investigating Unit spokesperson Kaizer Kganyago said that it could not yet definitively attribute her killing to its investigation.

“She was one of 300 witnesses in the case. At this point we are giving the police the space they need to investigate and establish the motive for the killing. While we view what has happened in a very serious light and are very concerned by the murder of one of the witnesses in our case, we cannot yet attribute it to the investigation we were conducting.”

Gauteng Health MEC Dr Nomathemba Mokgethi said that the department was “at a loss for words at this brutal and tragic passing. Babita was an invaluable member of the team.”

Messages Deokaran sent to the Ahmed Kathrada Foundation and obtained by Daily Maverick reveal that she and others were sidelined and faced trumped-up misconduct charges when they tried to blow the whistle on corruption in the department. In July 2020, these charges were withdrawn after the PPE scandal was revealed and after former health MEC Bandile Masuku quit. She was demoted to the Johannesburg District Office.

“My assessment of the situation is that they wanted us out of the way because if these are real charges, why are they not pursuing them? I also see they do not want me back at the province as they see me as an obstacle in payments they want to make to certain companies,” Deokaran wrote to Shan Bolton, director of the foundation. “Every few years, we have a different team of people who come in and loot, and the funds seem to be a bottomless pit,” wrote Deokaran.

Gauteng Health has lurched from crisis to crisis as each different health administrator has overseen regimes in which billions of rands were stolen or mismanaged, notes Daily Maverick.

Deokaran posed a final question to Bolton: “My biggest issue, though, is the Provincial Treasury. How do all these things happen under their watch and this is not the first instance. It’s as if they are a silent partner and will start acting when the damage is done. With all that has happened at Gauteng Health, it is no wonder we are forever struggling to pay our suppliers, etc.”

The messages clarify the role Deokaran played in exposing the rot she witnessed. Pressure is mounting on the department and on the contractors who benefited from the PPE contracts, with the SIU hot on the heels of Ledla Structural Development, which won R139 million in contracts and then subcontracted supplies. The SIU is trying to reclaim the money from various companies.

In an editorial, News24 wrote that “the brutal assassination of senior Gauteng civil servant Babita Deokaran has raised the spectre of whistleblowers and witnesses being eliminated as the state finally starts to prosecute corruption after a decade of shameless looting”.

“It is not hard to connect the dots. Gauteng Premier David Makhura has effectively already confirmed that Deokaran's death was as a result of her anti-corruption battle. ‘We will not be cowed down by criminal gangs who want to loot state resources. We are taking steps to protect officials who have become targets of threats, intimidation and wanton murder,’ the premier said.

“Deokaran's murder comes at a time when the National Prosecuting Authority and its Investigating Directorate are finally initiating prosecutions against state capturers who got away with industrial-scale looting during the Zuma years. They include Brian Hlongwa, the former Gauteng Health MEC implicated in a R1.2 billion tender corruption case dating back to 2007. Hlongwa is yet to face arrest, but his alleged accomplices were charged last year.”

News24 article – EDITORIAL | Why did Babita Deokaran have to die? (Open access)