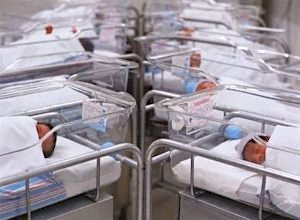 A mother whose baby girl was swopped with a boy in the Tambo Memorial Hospital in Boksburg eight years ago had to attach 400 desks and chairs belonging to Gauteng Health in execution of a court order to pay her interim compensation of R100,000.

According to Rapport, the 37-year-old mother told hospital staff at the time she was leaving the hospital that she had given birth to a girl, but they told her she was “crazy” and handed her a baby boy. The Gauteng High Court (Pretoria) ruled in 2014 that the two affected mothers should keep their non-biological children as they had already bonded.

The report says in March this year, the same court ordered the interim compensation. The mother’s attorney says he is unable to get the department to pay up for urgent medical care for his client. She has to pay the sheriff R14,000 to collect the chairs and desk for an auction. The traumatised mother is currently in hospital.