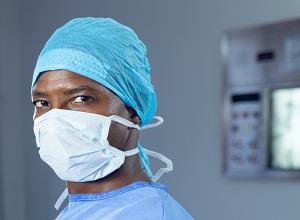 Black surgeons are far less likely to be promoted than their white colleagues, according to what the Royal College of Surgeons described as a “deeply concerning” analysis of NHS 3,000 doctors’ careers in England.

According to The Guardian, black men who were junior surgeons in 2010 were 27% less likely to be promoted to consultant than white men between 2016 and 2020, while black women were 42% less likely. The stark evidence of a glass ceiling has raised warnings that treatment may suffer unless senior ranks are made more representative and “old boys’ networks” dismantled.

The Royal College of Surgeons described the study of more than 3,000 doctors as “deeply concerning”.

Senior black doctors said the research matched their experiences and warned of a lack of support for minority doctors to pass the tests required to reach the best-paid ranks. It follows government research that identified racial barriers to promotion in the civil service and that almost a fifth of FTSE 100 companies have no ethnic minority board members.

The figures from NHS records by academics at the University of Surrey revealed that the proportion of consultants who were men actually increased over the decade from 57% to 63%.

“The most striking finding is that even when Indian women, white women and black men conform to white male patterns of working, the progression gap is wide,” said Prof Carol Woodhams of the University of Surrey Business school. “This is objective evidence that disadvantage against diverse groups in surgery is deep-rooted and a new progressive milieu in the NHS and the broader society has not yet translated into concrete and progressive outcomes.”

Elizabeth Egbase, a black woman of Nigerian heritage who became a permanent consultant in obstetrics and gynaecology in July, told The Guardian that improving the representation of black consultants was vital because “the workforce should represent the people we look after”.

She said the lack of existing black consultants makes it harder for junior surgeons to find their way up the ladder.

“We are having to figure out things more on our own rather than being given a cheat sheet,” she said, referring to the need to build a CV through publishing articles, speaking at conferences and accruing operating experience.

Tim Mitchell, vice-president of the Royal College of Surgeons, said: “The findings are deeply concerning. More needs to be done to ensure that all can reach the top of the profession, regardless of their background, gender or race.”

Samantha Tross, who became the UK’s first black female orthopaedic consultant in 2005 having arrived from Guyana as a child, said hospitals should set targets for numbers of ethnic minority consultants.

“I certainly faced racism and sexism during my time as a trainee,” she said. “There were times when there were extra duties to be done and it was always me who was chosen. One time a consultant said to me, ‘are you sure this is what you want to do – as a black woman, it would be hard for you to progress in orthopaedics’.”

An NHS spokesperson said: “While more than four-fifths of NHS staff feel their organisation acts fairly with career progression and the number of women and people from black and minority ethnic backgrounds in senior surgical roles is increasing, there is more work to do.”

Discrimination a reality for most female surgeons

Black doctors complain to HRC over Colleges of Medicine exams

A two-minute strategy can get your patients vaccinated against COVID