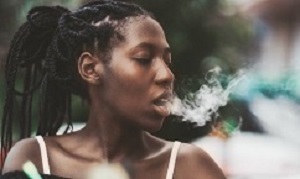 The Centers for Disease Control and Prevention has been preparing guidance for doctors on vaping, as an outbreak of injury linked to e-cigarettes escalates. By the first week of October there had been 26 deaths and nearly 1,300 cases of serious lung injury – mostly involving young people – with no sign of the problem abating.

Mary Beth Griggs of The Verge reported on 10 October that nearly 1,300 Americans had come down with a serious lung injury related to vaping, as government researchers continue to investigate the cause of the outbreak. That was an increase of over 200 reported cases in a week.

“We are concerned – with hundreds of new cases reported each week – that we’re looking at a very concerning outbreak, very difficult to control,” Anne Schuchat, principal deputy director of the Centers for Disease Control and Prevention (CDC), said in a press call.

The age range among reported injury cases is highly varied, but points to a high number of younger victims, writes The Verge.

The CDC also announced that there have been 26 deaths in 21 states related to the outbreak. While 80% of injuries were to patients under age 35, the deaths were a different story – people who died in the outbreak were older, ranging in age from 20s to 70s, with an average age of 49. According to the CDC, more deaths are under investigation.

But beyond that, answers as to what was causing the outbreak remained sparse.

“I wish we had more answers regarding the specific harmful products or components that are causing these illnesses,” Schuchat said.

The investigation into what is causing the injuries, which can leave lungs riddled with symptoms resembling chemical burns, is being led by the US Food and Drug Administration (FDA), according to The Verge.

“This is a complex investigation, unlike any we’ve seen,” said Judy McMeekin, the deputy associate commissioner for regulatory affairs at the FDA. She said that many of the samples that investigators have collected from patients haven’t had much liquid in them, limiting both the number and types of tests that are possible.

“The samples we are continuing to evaluate show a mix of results, and no one substance has been identified in all of the samples,” McMeekin said, The Verge reports.

Because of the continued uncertainty into what is causing the disease, the CDC has strengthened its warnings for people who use e-cigarettes.

Given the continued occurrence of life-threatening new cases, the CDC recommends that people refrain from using e-cigarette or vaping products, particularly those containing THC,” Schuchat said. Investigators continue to especially warn against people buying products off the street or from friends.

US preparing to release new guidance on vaping illnesses

US health officials are preparing to release new guidance for doctors, stressing the need to ask every patient with an apparent respiratory infection about their vaping history. Reuters Health reports that the updated guidance will also advise physicians on how to diagnose and manage patients who may have both a lung infection and a vaping injury.

Dr Ram Koppaka, a medical officer with the US Centres for Disease Control and Prevention, said doctors need to be aware that there is an overlap between the early symptoms of vaping injury and common respiratory infections.

The CDC has already recommended that doctors start asking patients about their vaping history during routine visits, but gathering that information is especially important as doctors evaluate patients with respiratory symptoms from infectious causes, according to Reuters. “Both diagnoses must be evaluated,” Koppaka said

The report says some US doctors have raised concerns that vaping injury cases will be missed in the crush of patients seeking treatment for seasonal flu and other respiratory ailments. The early symptoms of vaping injury include shortness of breath, cough, chest pain, fever, and in some cases gastrointestinal symptoms such as nausea, vomiting and diarrhoea. “All of those can also be seen with influenza,” Koppaka said.

Is vaping a useful way for smokers to quit cigarettes or a new health menace? That question has provoked one of the most robust debates among public-health specialists in years, write Robert Langreth and Lauren Etter for Bloomberg.

The early evidence suggests e-cigarettes are much less harmful than regular ones. But an epidemic of teen vaping in the US followed by an outbreak of sometimes fatal respiratory ailments linked to e-cigarettes in late 2019 has complicated the discussion.

The developments have led to new restrictions on the devices in the US and turmoil in the tobacco industry, which has looked to vaping products to make up for lost revenue as cigarette smoking declines worldwide, according to the report published on 11 October in The Washington Post.

1. How does vaping work?

An e-cigarette contains a battery-powered element that heats a liquid spiked with either nicotine, the addictive stimulant present in tobacco, or THC, the psychoactive ingredient in marijuana, producing a vapour the user inhales. It’s a way to ingest those substances without the smoke and tar that comes from a burning cigarette or joint.

In some cases, a vaping device, such as the popular Juul, is small enough that an underage vaper, say, can palm it, discreetly take a hit when a teacher or parent isn’t looking, and breathe the resulting aerosol into a sleeve or collar. Vaping liquid comes in flavours such as mango and candy corn.

2. How popular is vaping?

The market for vaping products was estimated at about $11.5 billion worldwide in 2018 and is growing rapidly. In a survey, a quarter of US high school seniors said they’d indulged in the previous 30 days.

3. What’s caused the outbreak of illnesses?

US health authorities are struggling to figure that out. By 10 October, 26 deaths and 1,299 early lung injuries had been tied to vaping in the US. Illustrating the difficulty of zeroing in on the culprit, in one analysis, 86 patients reported using 234 unique products with 87 different brand names.

There also is a burgeoning black market for e-liquid cartridges, making it hard to track down what might be in them. Much of the focus was on devices containing THC, as well as potential additives or cutting agents.

An early study concluded that injuries in 17 patients were most likely caused by exposure to toxic chemicals. The health effects of regularly inhaling the base components of vaping fluid – propylene glycol and glycerine – aren’t fully understood. While these common food additives are deemed safe to eat, heavy vapers receive large doses over long periods of time, delivered in ultrafine particles to the deepest parts of the lungs.

In 2015, a US government researcher warned that two ingredients in some e-cigarette flavourings, diacetyl and pentanedione, had been found to be potentially harmful. Diacetyl was linked to a 1990s case in which eight workers at a microwave popcorn factory in Missouri developed lung damage after breathing in the chemical, used to give the popcorn a buttery flavor.

5. Are vaping-related injuries something new?

Not entirely. Bloomberg News identified at least 15 lung injuries prior to this year’s outbreak, spanning the globe from Guam to Japan to England to the US.

As vaping exploded in popularity, scientists and regulators missed hints that it might not be as benign as proponents hoped. Focused on whether vaping reduces exposure to cancer-causing compounds in cigarettes, they largely sidestepped questions about whether e-cigarettes posed entirely new risks.

6. How have US authorities responded to the outbreak?

A number of states and cities have moved to limit access to vaping products. The Food and Drug Administration plans to force the removal from the market of all vaping liquids that taste like anything other than tobacco. Sales could resume only with the agency’s approval. (Michael R Bloomberg, the founder and majority owner of Bloomberg News parent Bloomberg LP, has campaigned and given money in support of a ban on flavoured e-cigarettes and tobacco.)

7. What about outside the US?

E-cigarette sales are already banned entirely in 28 countries, including Brazil, India, Turkey and Uganda. In the UK, public health officials stood by their position that while vaping entailed risks, it was safer than smoking. Under European Union regulations in effect in the UK, the nicotine in vaping liquid is limited to about a third the strength of that in Juul refills. Youth vaping rates are much lower in the UK.

8. How has the industry been affected?

The crisis derailed merger talks between tobacco giants Philip Morris International Inc and Altria Group Inc, which owns a 35% stake in Juul Labs, the dominant e-cigarette maker in the US.

Juul, whose chief executive officer was replaced, announced a suspension of advertising in the US after the FDA warned that it had promoted its products as less risky than cigarettes without gaining agency approval. The company faces a lawsuit consolidating more than 50 claims that it improperly marketed its goods, particularly to teens.