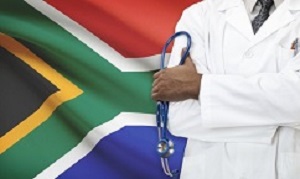 The Competition Commission has recommended stronger regulation to overturn the monopoly of a few players in the private healthcare sector and reduce the financial burden on consumers. Among the key findings of the six-year inquiry into the sector, are the introduction of a single standardised medical aid option, and a supply-side health regulator to oversee the sector.

TimesLIVE says other key findings of the inquiry are that health consumers are disempowered and have to choose between 22 medical aid schemes and more than 100 benefit options. The inquiry, headed by former Chief Justice Sandile Ngcobo said consumers couldn't shop for better-value options.

'The inability of consumers to easily compare options means they do not readily switch schemes to better options from rivals. The commission recommended a single standardised medical aid option, and that brokers be paid on an opt-in basis for medical aid members who want them.

The commission also found that:

Recommendations in the report were made with the aim of providing a better-functioning environment for a ‘fully implemented’ national health insurance (NHI) system. According to an executive summary of the report, this is noting that the system’s ‘full implementation … is some years away’, with the fund proposed in the 2019 NHI Bill ‘scheduled to be operational by 2026 at the earliest’.

In keeping with the inquiry’s terms of reference the report nevertheless focuses on issues affecting the private healthcare market, which was found to be “characterised by high and rising costs … and significant over-utilisation without stakeholders having been able to demonstrate associated improvements in health outcomes”. Among other things, the report points to years of ‘inadequate stewardship’ and market failure – to some extent because the Department of Health has not used its “existing legislated powers”. As a result, the “regular reviews … required by law” have not taken place. Neither have regulators been held “sufficiently accountable”. In short, the private healthcare sector was found to be “neither efficient nor competitive”, reports Pam Saxby for Legalbrief Policy Watch.

Recommendations include establishing a supply-side regulator (to formulate a “needs-based system of licensing”); making a standardised, single benefit package a mandatory medical scheme option; introducing a risk adjustment mechanism (among other things involving income cross-subsidisation and disincentivising risk-based competition between medical schemes); and a system to increase transparency on health outcomes. In addition, the report notes the need for changes in the “ethical rules” of the Health Professions Council of SA with a view to promoting “innovation in models of care” that allow for ‘multidisciplinary group practices and alternative care models’ – ending the dominance of the fee-for-service payment mechanism.

The report also proposes the development of guidelines for health professional associations “to ensure that they are not at risk of potentially anti-competitive behaviour”. In this regard, it recommends that undergraduate and postgraduate curricula include obligatory training on the cost implications of healthcare technology and the impact of health system financing models on patients’ healthcare choices.

This is noting that, as things now stand, healthcare consumers tend to be “disempowered and uninformed” in the prevailing “highly concentrated” funder and facilities markets, which were found to be characterised by low levels of “value-based purchasing”, poorly regulated practitioners and accountability “failures” at many levels.

The report says power is concentrated in the hands of just a few major hospital groups, meaning there is little motivation for hospitals and doctors to try to bring down costs and hardly any room for transformation, according to a Bheksisa report on the Fin24 site. Just three hospital groups; Netcare, LifeHealthcare and Mediclinic, account for 90% of the private hospital market, based on 2016 hospital bed numbers. The high concentration of power in this sector, the commission notes, makes it vulnerable to collusion, both formally through the creation of cartels, and informally.

Without much competition, the three major hospital groups "all but dictate year-on-year price and cost increases" for medical aids and administrators while reaping the benefits of over-treatment at their facilities. The costs of this pricey hospital care are passed largely onto medical aids, and consumers, it found.

The situation arose because sections of the National Health Act that allow the department to regulate the private sector were never enforced, the commission says.

Its most significant proposal is the establishment of a new independent regulatory body, the supply-side regulator for health, at arm’s length from the health department, says a Business Day report. The regulator has a proposed governance structure that stands in sharp contrast to current health regulators, a sign of the inquiry’s effort to protect it from being captured by political appointments.

Unlike the proposed National Health Insurance (NHI) fund, which has been criticised for giving the health minister the power to determine every appointment from board members to CEO, the regulator board is to be appointed by the minister following a transparent public nomination process, and it will have the autonomy to appoint its chair, the CEO and all other executives.

The inquiry has effectively given the health department a blueprint for fixing the private health-care sector. The big question now is whether Mkhize has the political will to implement the proposals, or whether he will quietly leave the report to gather dust.

The far-reaching recommendations will provide for a better environment in which to implement NHI, the commission said. A better-regulated private healthcare sector will enable strategic purchasing of services by the state, with greater certainty about pricing and quality, it said. The recommendations are also likely to influence the department's plans to amend the Medical Schemes Act, a process that was placed on hold pending finalisation of the panel's work, notes BusinessLIVE.

And, the report says, while the final report is broadly consistent with the panel's provisional findings in July 2018 as it still finds a range of features that distort and prevent competition and recommends regulatory measures to manage costs and quality, it is no longer calling for divestiture in the private hospital sector. Panel member Sharon Fonn, said: 'The health market inquiry provides mechanisms to make NHI possible and to make it a success. That's the big message,' she said.

A big turnaround from the provisional report is an abandonment of the proposal to place a moratorium on new hospital licences or to require the hospital groups to disinvest, Netwerk24 reports. The commission recommended an urgent review of hospital licences instead. Ngcobo said the original recommendation of disinvestment and moratoriums until the big three’s share was reduced to 20% each would have been too difficult to implement.

Panellist Dr Cees van Gent said they knew before the provisional report that their recommendations would be difficult to implement. ‘We did it nonetheless as we wanted to hear what role-players say. The overwhelming reaction was that it is impractical. And it would have been marred by protracted litigation as in the UK.’

Health should be subjected to higher competition standards to ensure universal access. Eyewitness News reports that this is according to Trade & Industry Minister Ebrahim Patel who said he has received the report, which Cabinet would study soon. He said the Minister of Health would lead the process to get the report to Parliament for the recommendations to be implemented.

The Democratic Alliance's (DA’s) spokesperson on health, Siviwe Gwarube, said it was a “clear display of how the (health) department is guilty of gross negligence in exercising oversight of the private health industry and protecting South Africans from the rising cost of medical care, over-servicing and anti-competitive behaviour that has led to people being vulnerable to exploitation”.

“The reality is that the department has had the legislative mandate to be the custodian of health care for all South Africans, whether they rely on the public or private health care.

“However, they have over the past 25 years failed to do so,” he said in a report in The Mercury. IFP national spokesperson Mkhuleko Hlengwa said it was critical to find a balance in providing affordable and efficient health care for all South Africans.

Health minister Zweli Mkhize has welcomed the Commission’s report, saying he will study it in detail to determine the next steps, reports Business Day.

“We call upon the private sector stakeholders to co-operate with government in the efforts to rectify the entire health sector as guided by the health market inquiry and the social compact signed by all stakeholders with the president,” the Health Department said, referring to President Cyril Ramaphosa’s blueprint for tackling some of the immediate crises facing the health system.

The inquiry relied on outdated data to draw conclusions that the private healthcare market is concentrated, according to hospital group Mediclinic in a Fin24 report. The international private hospital group's Southern African arm issued a statement claiming the inquiry “states erroneously that the three leading private hospital groups are able to distort and prevent competition by binding the best medical specialists to their hospitals with lucrative inducement programmes”.

Mediclinic has defended itself by saying it supports cost-effective quality care and does not condone any treatment that is not in the best interests of the patient, nor does it condone any relationships between hospitals and doctors that does not meet its ethical code of conduct. “It is important to note that the market context has moved on since 2014; the end date for the majority of data used. Current data must be used to find current best solutions for the unique South African healthcare market, especially as SA prepares itself for the introduction of the NHI,” said the statement.