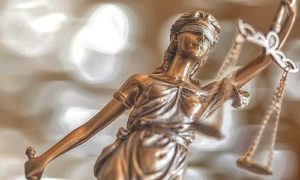 The Constitutional Court has ruled that South African courts will now be able to consider ordering alternative compensation – instead of a lump-sum payment – to those injured as a result of medical negligence. The possibility of providing physical items or state medical services, instead of money, will be welcomed by the provincial Health Departments who face staggering medical negligence claims.

The Health MEC's of KwaZulu-Natal, Eastern Cape and Northern Cape were all admitted as amicus curiae in the matter, which was brought by the Gauteng Health MEC against the respondent, Ms PN on behalf of EN, a mother acting on on behalf of her child, born with cerebral palsy as a result of medical negligence.

In this past financial year, for example, Eastern Cape Health paid out R920m on medical negligence claims. Last year, KwaZulu-Natal Healthʼs medical negligence claims increased by R3bn from R20 billion in the 2018/2019 financial year to R23 billion in 2019/2020. They now account for close to half of KZN's annual R50bn budget, with botched medical procedures, especially women giving birth to babies with health problems, formed the bulk of the claims.

The Constitutional Court judgment involved an application for leave to appeal against a judgment of the Supreme Court of Appeal. That SCA had upheld an appeal against a decision of the High Court, Gauteng Local Division, Johannesburg. The High Court made an order after an agreement was reached by the parties whereby the Gauteng Health Department accepted liability for 100% of the damages.

The application concerned whether an order that the defendant must pay to the plaintiff 100% of the agreed or proven damages meant that (a) the manner of compensation was res judicata (i.e. had been finally determined) and (b) compensation could only be in a lump sum of money.

The respondent, Ms PN, had instituted a claim for damages in excess of R32 million against the applicant, the Member of the Executive Council for Health, Gauteng. When the matter came before the High Court, Judge Moshidi gave an order in accordance with a draft agreed to by the parties. The order separated the questions of liability and quantum, with quantum to be determined at a later stage. It also declared that the applicant was obliged to “pay to” the respondent “100% . . . of her agreed or proven damages”.

After that order had been granted, the Constitutional Court handed down judgment in MEC for Health and Social Development, Gauteng v DZ obo WZ. In that matter the Court considered the need for the development of two common law rules, the “once and for all” rule and the rule that damages for medical negligence must be paid in money.

Although in DZ a case was not made out for the development of these common law rules, the Constitutional Court held that, should a case be made out for such development in the future, it may be successful. On the authority of that judgment, the applicant in the present matter amended his plea in the High Court and sought a development of the common law so that he could raise the public healthcare and undertaking to pay defences.

When the matter came before Judge Van der Linde in the High Court for the determination of quantum the respondent argued that, since Moshidi’s order stated that the applicant was obliged to “pay to” the respondent “100% . . . of her agreed or proven damages”, the manner of compensation was res judicata. According to the respondent, the stipulated manner of compensation required payment in one lump sum sounding in money and it was thus not open to the Court to consider the development of the common law.

Van der Linde rejected the respondent’s argument, finding that the respondent was unduly fixated on the words “to pay”, and that the purpose of this part of the order was not to deal with how the respondent was to be compensated, but rather whether the applicant was at all liable for compensation. On appeal, the SCA overturned this. It reasoned that the word “pay” clearly meant payment in money, and in one lump sum. According to the Supreme Court of Appeal, both the applicant’s liability and manner of compensation had been finally adjudicated.

In a unanimous judgment penned by Judge Madlanga (Chief Justice Mogoeng, Judge Jafta, Judge Khampepe, Judge Majiedt,  Acting Judge Mathopo, Judge Mhlantla, Judge Theron, Judge Tshiqi and Acting Judge Victor concurring) the Constitutional Court held that in context, there was nothing magical about the use of the word “pay”. It held that Moshidi’s order did not dispose of the method of compensation. To hold that it did would stretch the ordinary meaning of the words read in their proper context.

Additionally, the Constitutional Court held that this interpretation may infringe the applicant’s right of access to courts and potentially undermine the right of everyone to have access to healthcare services. The Constitutional Court thus held that Moshidi’s order had to be interpreted not to deal with the manner of payment and should not be read to preclude a consideration of the development of common law.

Each party was ordered to pay their own costs in the Constitutional Court and the Supreme Court of Appeal.

DispatchLIVE reports that Eastern Cape Health MEC Nomakhosazana Meth – representing one of the worst-hit provinces – Meth pointed out that these types of claims were on the rise and as a result, instead of funding healthcare programmes and facilities, a large portion of her department’s annual budget had to be allocated to medico-legal liabilities.

Her lawyers argued that the most worrying consequence of the excessive medical malpractice litigation against the state was that it could potentially undermine the Health Department’s ability to provide public healthcare in future. “In other words, the problem is that an already overwhelmed and underfinanced public healthcare sector is exposed to the ever increasing amount of malpractice claims,” the State Attorney said.

The Constitutional Court disposed of a suggestion by Meth that it should itself develop the common law for alternative compensation. “It is undesirable for this court to sit as a court of first and final instance on this complex issue of developing the common law. As a result, this court will limit its analysis to the case pleaded by the parties.”

‘Payment in kind’ ruling will now head to SCA