Cosatu angered by delays and Health Dept divisions over NHI 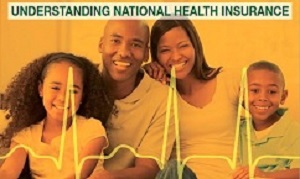 The slow pace at which the government is moving on the National Health Insurance (NHI) Bill has drawn the ire of Cosatu, which plans to raise the issue at a meeting between the ANC and its alliance partners, Cosatu and the SA Communist Party. Cosatu said the Health Department is deeply divided on NHI and Health Minister Aaron Motsoaledi was not providing adequate leadership.

“We are clear it should dominate the meeting,” Cosatu spokesperson Sizwe Pamla is quoted in a Business Day report as saying.

NHI, which was formally approved by the ANC at its 2009 policy conference in Polokwane, was supposed to be fully implemented within 14 years of the publication of the NHI Green Paper in 2011. However, it has been plagued by a series of delays, and last week the cabinet failed to give the green light to the controversial Bill.

The report says the Bill is the first piece of enabling legislation for extensive health reforms aimed at realising the ANC-led government’s ambition of providing universal health coverage. It paves the way for a central fund that will purchase health services on behalf of patients from accredited public and private sector providers that will be free at the point of delivery.

One of the most fiercely contested aspects of the Bill is the role of medical schemes, which Cosatu wants to see sharply reduced.

The report says the government has not yet offered a formal explanation for why cabinet did not approve the Bill at its meeting on 5 December. Acting cabinet spokesperson Phumla Williams declined to comment on the matter, and last week presidency spokesperson Khusela Diko would say only that the Bill would be reconsidered in the new year.

Pamla said he doubted the Bill had been rejected on technical grounds. “It’s politics, because at the centre of what is being contested is whether it (the NHI fund) is a single payer or whether medical schemes must have a role,” he said on Sunday. “Treasury is bitterly opposed to our position. It says the fiscus cannot afford NHI.”

Pamla said in the report that the Health Department is deeply divided on NHI, and health minister Aaron Motsoaledi is not providing adequate leadership. “Motsoaledi, unfortunately, has been more than flexible. None of us can predict or explain where he stands. He has made some positive statements, but his actions make us doubt we can count on him as the person to really give us NHI,” said Pamla. “He says all the right things, but the feedback we get from people on the ground is different to his public statements.”

Cosatu has previously called for President Cyril Ramaphosa to fire Motsoaledi, arguing he has failed to turn around the ailing public health system since he took on the job in 2009.

The Bill has been mired in controversy in recent weeks, after a leaked Treasury letter laid bare conflict between its officials and presidential adviser Olive Shisana after she reversed aspects of the Bill previously agreed to by the ministers of health and finance, reports Business Day. The Treasury raised a host of concerns, ranging from the sharply diminished role of medical schemes laid out in the revised version of the bill to a lack of consultation about far-reaching proposed changes to the role of provincial health departments.

Shisana heads the NHI "war room" in the presidency, which took control of the NHI process in August.

The report says shortly after the Treasury letter was leaked in mid-November, health director-general Precious Matsoso went public with her concerns, saying she had been completely sidelined in the process of revising the bill after the public comment period close, despite being the department’s accounting officer. The bill was redrafted by Shisana and two people selected by Motsoaledi – his adviser, Aquina Thulare, and deputy director-general Anban Pillay.

The report says attempts to obtain comment from acting cabinet spokesperson Phumla Williams were unsuccessful. Motsoaledi’s spokesperson, Popo Maja, declined to comment on the cabinet’s deliberations or the status of the NHI Bill, as did finance minister Tito Mboweni’s spokesman, Jabulani Sikhakhane.

The report says Motsoaledi had previously defended the government’s approach to crafting the Bill, saying that there had been nothing irregular in the manner in which it was being processed.

The Health Department has moved to allay the negative speculation around the Bill, stating: “All is well.” The department’s spokesperson, Popo Maja, is quoted in City Press as saying that “all was on course” for a special Cabinet meeting in January for the Bill to be discussed. “We are not at liberty to discuss any of the decisions or resolutions taken by Cabinet but I can say that all is well and next month Cabinet will decide on it,” Maja said.

The report says acting Cabinet spokesperson Phumla Williams refused to be drawn on whether the bill was rejected or what would happen. “I report only on what was agreed on during the sitting and was released in the statement. I cannot discuss any other thing than what was on the statement.”

The report says for Democratic Alliance (DA) shadow minister for health Patricia Kopane this latest stumble on the path to NHI only affirmed the party’s stance that the process was being rushed and the focus should rather be on fixing the country’s ailing health system. “We’ve been saying fix the current health system first before the NHI because it is not a solution to the country’s health problem. The thing about the bill is that you can’t work with something that does not have a price attached to it. We don’t know how much this will cost the country,” she said.

“If (Health Minister Aaron) Motsoaledi was serious, he would have first heeded the call of (Professor Malegapuru Makgoba), the health ombudsman, when he said the health system was in a mess and needed to be fixed before it collapsed. Even the pilot project sites are failing. In KwaZulu-Natal I visited sites that had badly built structures and in Limpopo some sites had issues with the payment of doctors and nurses.”

The report says Kopane’s sentiments echoed those made by the Progressive Health Forum – a loose organisation of civil organisations, doctors and activists – on the side-lines of the Presidential Health Summit in October that what was urgently needed before the implementation of the NHI, was focusing on fixing what was wrong in the
health system.