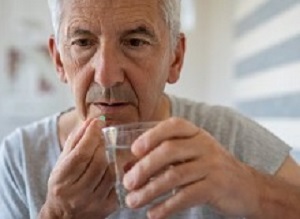 A study has shown that a daily pill containing four medicines can cut the number of heart attacks and strokes by a third, BBC News. The polypill contains blood-thinning aspirin, a cholesterol-lowering statin and two drugs to lower blood pressure.

The researchers – in Iran and the UK – said the pill had a huge impact but cost just pennies a day. They suggest giving it to everyone over a certain age in poorer countries, where doctors have fewer options and are less able to assess individuals.

The report says the study was based in more than 100 villages in Iran and about 6,800 people took part. Half the people were given the polypill and advice on how to improve their lifestyle, with the other half just getting the advice. After five years there were:
202 major cardiovascular events in the 3,421 people getting the polypill; 301 in the 3,417 not getting the pill. At this rate, giving the preventative drug combination to 35 people would prevent one of them developing a serious heart problem over the course of five years.

"We've provided evidence in a developing or middle-income country – and that's a lot of countries – that this is a strategy worth considering," Professor Tom Marshall, from the University of Birmingham, is quoted in the report as saying.

The drug was given to people over the age of 50 whether they had had a previous heart problem or not. "Given the polypill's affordability, there is considerable potential to improve cardiovascular health and to prevent the world's leading cause of death," said Dr Nizal Sarrafzadegan, of Isfahan University of Medical Sciences, Iran.

The report says the idea of the polypill has been around since 2001 but this is the first major trial to prove its effectiveness.

In the UK and other wealthier countries doctors have the time to assess the needs of individual patients and a wide choice of different drugs, such as statins, to chose from.

"In the UK, the advantages would be more marginal and you would probably want a clinical trial to see any benefits over what is offered at the moment," said Marshall.

The report said the drug is also not licensed in the UK and would be tricky to get approved.

Abstract
Background: A fixed-dose combination therapy (polypill strategy) has been proposed as an approach to reduce the burden of cardiovascular disease, especially in low-income and middle-income countries (LMICs). The PolyIran study aimed to assess the effectiveness and safety of a four-component polypill including aspirin, atorvastatin, hydrochlorothiazide, and either enalapril or valsartan for primary and secondary prevention of cardiovascular disease.
Methods: The PolyIran study was a two-group, pragmatic, cluster-randomised trial nested within the Golestan Cohort Study (GCS), a cohort study with 50 045 participants aged 40–75 years from the Golestan province in Iran. Clusters (villages) were randomly allocated (1:1) to either a package of non-pharmacological preventive interventions alone (minimal care group) or together with a once-daily polypill tablet (polypill group). Randomisation was stratified by three districts (Gonbad, Aq-Qala, and Kalaleh), with the village as the unit of randomisation. We used a balanced randomisation algorithm, considering block sizes of 20 and balancing for cluster size or natural log of the cluster size (depending on the skewness within strata). Randomisation was done at a fixed point in time (Jan 18, 2011) by statisticians at the University of Birmingham (Birmingham, UK), independent of the local study team. The non-pharmacological preventive interventions (including educational training about healthy lifestyle—eg, healthy diet with low salt, sugar, and fat content, exercise, weight control, and abstinence from smoking and opium) were delivered by the PolyIran field visit team at months 3 and 6, and then every 6 months thereafter. Two formulations of polypill tablet were used in this study. Participants were first prescribed polypill one (hydrochlorothiazide 12·5 mg, aspirin 81 mg, atorvastatin 20 mg, and enalapril 5 mg). Participants who developed cough during follow-up were switched by a trained study physician to polypill two, which included valsartan 40 mg instead of enalapril 5 mg. Participants were followed up for 60 months. The primary outcome—occurrence of major cardiovascular events (including hospitalisation for acute coronary syndrome, fatal myocardial infarction, sudden death, heart failure, coronary artery revascularisation procedures, and non-fatal and fatal stroke)—was centrally assessed by the GCS follow-up team, who were masked to allocation status. We did intention-to-treat analyses by including all participants who met eligibility criteria in the two study groups. The trial was registered with ClinicalTrials.gov, number NCT01271985.
Findings: Between Feb 22, 2011, and April 15, 2013, we enrolled 6838 individuals into the study—3417 (in 116 clusters) in the minimal care group and 3421 (in 120 clusters) in the polypill group. 1761 (51·5%) of 3421 participants in the polypill group were women, as were 1679 (49·1%) of 3417 participants in the minimal care group. Median adherence to polypill tablets was 80·5% (IQR 48·5–92·2). During follow-up, 301 (8·8%) of 3417 participants in the minimal care group had major cardiovascular events compared with 202 (5·9%) of 3421 participants in the polypill group (adjusted hazard ratio [HR] 0·66, 95% CI 0·55–0·80). We found no statistically significant interaction with the presence (HR 0·61, 95% CI 0·49–0·75) or absence of pre-existing cardiovascular disease (0·80; 0·51–1·12; p interaction=0·19). When restricted to participants in the polypill group with high adherence, the reduction in the risk of major cardiovascular events was even greater compared with the minimal care group (adjusted HR 0·43, 95% CI 0·33–0·55). The frequency of adverse events was similar between the two study groups. 21 intracranial haemorrhages were reported during the 5 years of follow-up—ten participants in the polypill group and 11 participants in the minimal care group. There were 13 physician-confirmed diagnoses of upper gastrointestinal bleeding in the polypill group and nine in the minimal care group.
Interpretation: Use of polypill was effective in preventing major cardiovascular events. Medication adherence was high and adverse event numbers were low. The polypill strategy could be considered as an additional effective component in controlling cardiovascular diseases, especially in LMICs.