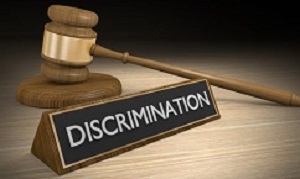 A Council for Medical Schemes appeal accusing Spectramed of discrimination has spotlighted the 50% surcharge that that surgeons and anaesthetists can levy when operating on an obese patient, writes Moneyweb. The patient says the policy is not evidence-based as required and constitutes risk selection, which is prohibited.

Moneyweb reports that it has come to light in an appeal by a patient currently before the Council for Medical Schemes (CMS). that surgeons and anaesthetists are entitled to charge 50% more when operating on obese patients, irrespective of the nature of the surgery.

The report says the elderly lady (Mrs X) is accusing Spectramed of discriminating against fat people because it refuses to pay for the treatment of obesity or any costs and procedures “directly or indirectly” related to it. The 50% surcharge is therefore also excluded. In effect, Spectramed covers surgery on obese patients at a lower level than its other members, Mrs X says.

She had spinal fusion surgery earlier this year, the report says. The 50% surcharge was levied by her orthopaedic surgeon (R16,903), neurosurgeon (R4,581) and an anaesthetist (R8,041). As all the medical providers also charged more than Spectramed’s tariffs, her total co-payment for the operation and follow-up treatment topped R100,000.

The report says Spectramed, in its Obesity Funding Policy, defines obesity as “any increase in weight”. Neither Spectramed nor the patient dispute the right of the medical professionals to charge the 50% ‘modifier’ over and above their normal fees.

Medical coding specialist Dalena Coetzee of Medcodelink is, however, very critical of the surcharges, the report says. She explains that medical professionals charge by citing codes on their invoices. These codes are generally accepted in the industry and represent the specific treatment administered to the patient. They are not time-based.

Since the mid-1990s, the SA Medical Association (Sama) has held a policy that all new codes and code changes to the South African coding system should have the US Current Procedural Terminology (CPT) coded in private hospitals in South Africa as a basis. Coetzee says the CPT provides for a ‘modifier’ in terms of which surgeons may negotiate additional costs should they consider the normal costs inadequate in a specific case. This could, for example, be due to the time spent or the complexity of the case. The medical professional however must individually motivate the basis for the additional charges as well as the extent – how much they plan to charge over and above their normal fees.

In the US this is the exception, not the rule, Coetzee says in the report. A body mass index (BMI) of 40 and higher is listed as a risk in the US – but for anaesthetists only, not for surgeons, she says. She says that in South Africa, the modifier 0018 simply provides for surgeons and anaesthetists to levy a 50% surcharge for all surgery on patients with a BMI of more than 35, and it is widely applied. There is no clinical basis for it being at a level of 50% and no requirement for the medical professional to show any clinical basis for the surcharge in a specific case. It could therefore be charged on anything from abdominal surgery to an operation on the eye or finger, where its clinical relevance could be questioned.

A representative of the CMS however is quoted in the report as saying that the obesity must be clinically relevant for 0018 to lawfully apply.

In an earlier ruling against several medical schemes including Spectramed, the CMS Final Appeal Board found that the surcharge relates to increased surgical time and cost, not increased risk to the success of the procedure. The board referred to an article that explains that there is additional cost related to the preparation and positioning of the patient and increased cost of surgical instruments.

The 0018 modifier has been in use in South Africa since 2002, Coetzee says. More recently anaesthetists added “physical status modifiers” to their accepted codes, the report says. These provide for five levels of additional cost where patients have pre-existing conditions that complicate surgery. These include a BMI above 40, smoking and heavy drinking.

Coetzee says the basis for these modifiers is more appropriate than a blanket BMI modifier. She points out that it could however result in duplication where these are charged in addition to the 0018 ‘obesity’ modifier. Coetzee says medical schemes generally do not pay the costs associated with the ‘physical status modifiers’, which leaves members carrying the can.

The report says in its earlier ruling the Final Appeal Board rejected a protocol, developed by a managed health care provider and applied by Spectramed and other schemes at the time, which excluded payment for joint replacement surgery on obese patients because the protocol was not evidence-based as required by law. In her appeal, Mrs X argues that Spectramed is now trying to slip the same exclusion, this time in relation to all surgery, in through the back door via its Obesity Funding Policy. She says the policy is not contained in the scheme rules and that the CMS would not approve such a rule as it discriminates against a vulnerable group of members.

According to the report, Mrs X assumes in her complaint that the modifier was charged lawfully. Her complaint is aimed at Spectramed’s refusal to fund the 0018 surcharge for any type of surgery on a patient with a BMI of more than 35.

The scheme in its response made it clear that it relies on its Obesity Funding Policy, drafted by its managed care provider and administrator Agility Health. Agility also applies the policy to the Resolution Health Medical Scheme, which it also administers.

The report says Mrs X argues that a stipulation – that “no member who is obese” or who has an “increased weight”, whatever this vague term means, “may under any circumstances claim payment for costs associated with surgery for any condition”, for the mere reason of them being overweight – constitutes unfair discrimination and is in contravention of the Medical Schemes Act.

She says the policy is not evidence-based as required and constitutes risk selection, which is prohibited. Risk selection occurs when schemes directly or indirectly encourage low-risk members to enlist in schemes while discouraging high-risk members.

If the funding policy stipulated that no smokers may claim payment for any lung-related ailments such as bronchitis, it would cause a public outcry, Mrs X states.

She says Spectramed seemingly argues that obesity is self-inflicted and that non-obese members shouldn’t be expected to cross-subsidise the surgery cost of obese members. She says there are many conditions that could cost more to treat and may be more prevalent or even caused by alcoholism, smoking, HIV infection and so on. “Yet the mere thought of singling out those populations for compulsory co-payments – which the 0018-modifier exclusion amounts to in its crude form – for their perceived lifestyle choices rightly fills anyone with repulsion.”

No date has yet been set for the appeal hearing.

Moneyweb says Agility Health was asked for comment and responded but failed to answer the questions put to them.