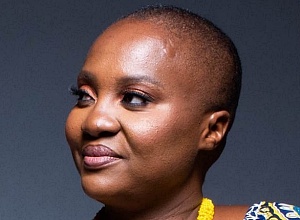 Johannesburg-based medical doctor and radio host Dr Sindi van Zyl, 45, succumbed to a COVID-19 related illness after a two-month battle with the virus while in hospital. Daily Maverick reports that the family of van Zyl confirmed the news of her death in a statement published through her former employer, Kaya FM on the morning of Saturday 10 April.

Van Zyl was diagnosed with COVID-19 at the beginning of the year and later hospitalised in February due to trouble breathing, and had been on a ventilator ever since.

DM reports that she was an HIV-clinician with a private practice at the Arwyp Medical Centre in Kempton Park. She was constantly active on social media no matter the hour of the day, responding to people’s medical questions. Twitter was her secondary practice. She was known for her unconventional use of social media to raise awareness and share free life-saving medical advice about HIV, mental health and pregnancy, among other issues.

DM reports that she has been remembered by many on Twitter as a generous, selfless and kind person who dedicated her life and practice to helping people regardless of whether they could afford her medical services or not.

She had been a long-standing columnist for Bona magazine, writing a column called “Dear Dr Sindi”. And she became a public figure through her activism and "Sidebar with Sindi", during which she discussed everything from mental health to sexuality.

DM reports that her openness to sharing her life’s highest and lowest moments on Twitter resonated with many who appreciated her honesty about life and all its ebbs and flows.

Van Zyl was born and raised in Harare, Zimbabwe after her mother moved from KwaZulu-Natal in 1974, two years before she would be born. Her father, Muchadeyi Masunda, is a well-known businessman and politician who was the mayor of Harare, elected in 2008.

She studied for a BSc at the University of Pretoria which she completed in 1999 and commenced with her medical degree in 2000, after applying to the school of medicine almost every year during her BSc studies.

In a statement, the South African Depression and Anxiety Group (SADAG) described van Zyl’s death as a huge loss to the organisation, mental health and the country. “Dr Sindi was genuine, open and was a champion for mental health in all the work that she did. She helped shine a light on the mental health of healthcare workers by sharing her own personal journey with depression,” the statement read.

DM reports she leaves behind her husband and children, Nandi and Manie van Zyl.