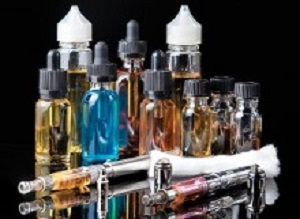 A decade after Congress gave the US Food and Drug Administration (FDA) the power to regulate tobacco products like e-cigarettes, the federal government has repeatedly delayed or weakened efforts that could have protected teenagers, write Katie Thomas and Sheila Kaplan for The New York Times.

In 2009, not long after Dr Margaret Hamburg became commissioner of the Food and Drug Administration, a package arrived at her home. Inside was a clunky device called an e-cigarette.

“It was my first exposure to this emerging, new technology,” Hamburg recalled.

The package was sent by an anti-smoking activist as a warning about a product that was taking off in the United States, according to the 14 October The New York Times article.

But over the next decade, the federal government – across the span of two presidential administrations – allowed the rise of a largely unregulated industry that may be addicting a new generation to nicotine.

E-cigarettes and vaping devices, with $7 billion in annual sales, have become a part of daily life for millions of Americans. Youth use has skyrocketed with the proliferation of flavours targeting teenagers, such as Bazooka Joe Bubble Gum and Zombie Blood.

Yet the agency has not vetted the vast majority of vaping devices or flavoured liquids for safety, Katie Thomas and Sheila Kaplan write.

In dozens of interviews, federal officials and public health experts described a lost decade of inaction, blaming an intense lobbying effort by the e-cigarette and tobacco industries, fears of a political backlash in tobacco-friendly states, bureaucratic delays, and a late reprieve by an FDA commissioner who had previously served on the board of a chain of vaping lounges.

“The minute you saw cotton candy flavours — come on,” said Dr Thomas R Frieden, the former director of the Centers for Disease Control and Prevention, who had warned since 2013 of the harms to adolescents. “Everything that could have been done should have been done to get them off the market,” The New York Times reports.

Hamburg’s FDA suffered an early setback after two e-cigarette companies successfully sued the agency in 2009 for trying to regulate the products as drugs. The FDA was forced instead to treat them as tobacco products under the newly passed Tobacco Control Act, which had less-stringent safety requirements.

The agency then spent five years trying to issue regulations that would survive further legal as well as political scrutiny by a White House that had other priorities, including rolling out the Affordable Care Act.

Then, in President Barack Obama’s last year, the administration rejected a proposal to ban flavoured e-cigarettes. It came in the face of fierce lobbying over the tobacco regulations, including by a former senator and by a onetime White House analyst who had represented the Obama administration in the same discussions a year earlier, reports The New York Times.

In 2017, President Donald Trump’s FDA commissioner, Dr Scott Gottlieb, granted e-cigarette companies a reprieve of four years before they would have to prove that the public health benefits of their products outweighed the risks. That extension, which Frieden described as “public health malpractice”, left the door wide open for the surge in popularity of devices such as those made by Juul Labs, the troubled company that now dominates the market.

Meanwhile, the federal government has largely ignored the explosion in vaping THC, the psychoactive ingredient in marijuana, which coincided with either recreational or medicinal legalisation in many states. That regulatory dead zone has left public health officials scrambling to track the cause of the vaping-related lung illnesses.

Dr Ned Sharpless, the acting FDA commissioner, recently acknowledged in a congressional hearing that the agency should have acted sooner. “We’re going to catch up,” he promised.

Last month – facing rising rates of teen vaping and alarm over the lung illnesses – administration officials announced they would finally impose a flavour ban for e-cigarettes.

But the ban has yet to materialise, and industry groups have been fighting it, especially any limits on menthol and mint.

Full report in The News York Times, which allows free access to three articles a month.