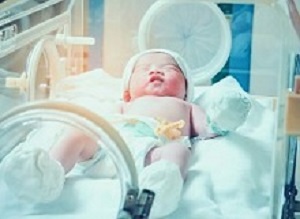 Repeated Klebsiella oxytoca contamination on the skin of premature babies in a German hospital's neonatal intensive care unit was eventually traced to the inability of energy-saving washing machines to properly eradicate pathogens.

When multidrug-resistant pathogens kept reappearing on the skin of premature babies in a German hospital's neonatal intensive care unit, investigators at the Institute for Hygiene and Public Health, University Hospital Bonn, were confused, reports CNN. Tests for contamination in the incubators, as well as among healthcare workers who came into contact with the preemies, were all coming up negative, according to a report on the case.

But tests showed the babies were continually being re-infected with Klebsiella oxytoca, a bacteria notorious for hospital-acquired infections such as pneumonia, urinary tract infection, soft tissue infection and a type of blood poisoning which often leads to septic shock.

The report says it wasn't until investigators began testing the knitted socks and hats given to the babies to keep them warm that they found the source of the bacteria, which they then traced back to the hospital laundry room. There, they found the hospital was using a household energy-saving washing machine – not the industrial kind that wash at high temperatures with disinfectants and are typically found in a hospital setting.

The Klebsiella oxytoca bacteria were found in the detergent drawer and on the rubber door seal of the household washing machine, as well as two sinks in the area. When they removed the machine from the hospital, the infections finally stopped. Fortunately, none of the babies became sick from the prolonged bacterial exposure. But the case did expose a potential hazard with household laundry.

The report says household washing machines of any type will remove dirt and stains from your clothes, towels and sheets, but they don't sterilise them. We used to use chlorine and peroxide-based disinfectants when washing our clothes, and hospitals still do. We also used more hot water while washing and higher temperature settings in the drying cycle, all good for killing germs. But environmental concerns have changed the way we do our laundry. Studies show that in Europe, coloured laundry is most often washed at temperatures between 86 to 104°F (30 to 40°C). Cold water is the preferred temperature in China, South Korea and Japan. The US government, too, recommends cold water washing whenever possible.

"Unless you're dealing with oily stains, the warm or cold water setting on your machine will generally do a good job of cleaning your clothes. Switching your temperature setting from hot to warm can cut a load's energy use in half," says the US Department of Energy.

Abstract
During the time period from April 2012 to May 2013, 13 newborns (1 – 4 weeks old) and one child in a paediatric hospital ward in Germany were colonized with an extended spectrum betalactamase (ESBL) producing Klebsiella oxytoca (CTX-M-15).
A microbiological source-tracking analysis, including human and environmental samples, was carried out to identify the source and transmission pathways of the K. oxytoca clone. In addition, different hygienic intervention methods were evaluated.
Isolates of the K. oxytoca strains were detected in the detergent drawer and on the rubber door seal of a domestic washer-extractor machine, used in the same ward to wash laundry of the newborns as well as in two sinks. These strains were typed using PFGE and multi-locus sequence typing (MLST). The environmental findings were compared with those of the human strains and the isolates detected on the clothing. The results showed that the strains were identical using both techniques, (ST201 and pulse-field-gel-electrophoresis [PFGE] type-00531, a clone specific to this hospital and not previously isolated in Germany), emphasizing the washing machine as a reservoir and fomite for the transmission of these multidrug-resistant bacteria (MDR). After the washing machine had been taken out of use, no further colonizations were detected over a following 4-year period.
Importance: Washing machines should be further investigated as possible sites for horizontal gene transfer (ESBL-genes) and cross-contamination of clinically important Gram-negative strains. Particularly in the healthcare sector, the knowledge of possible (re-) contamination of laundry (patients' clothes, staff uniforms) with multidrug-resistant Gram-negative bacteria could help to prevent and control nosocomial infections. This report describes an outbreak with a single strain of a multidrug-resistant bacterium (Klebsiella oxytoca ST201) in a neonatal intensive care unit, that was only terminated when the washing machine was removed. In addition, the study implies that changes in washing machine design and processing are required to prevent accumulation of residual water where microbial growth can occur and contaminate clothes.