Flawed WHO advice may be putting surgery patients at risk 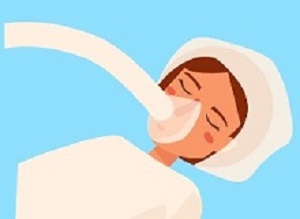 Patients may have been placed at risk of serious harm because of flawed advice to administer highly concentrated oxygen after surgery, leading anaesthetists have said. The Guardian reports that the concerns relate to World Health Organisation guidelines to administer 80% oxygen to patients in the hours after an operation.

The report says the advice was introduced in 2016 after a series of influential clinical trials led by an Italian surgeon, Mario Schietroma, suggested that high-dose oxygen reduced the risk of infections. However, a new analysis has uncovered troubling statistical anomalies in 38 scientific papers authored by Schietroma, raising doubts about the credibility of the data and prompting calls for an investigation.

Paul Myles, the director of anaesthesia and perioperative medicine at the Alfred Hospital in Melbourne, said he had been prompted to investigate because the WHO guidance ran counter to a longstanding view that high concentrations of oxygen can be toxic to lung tissue and cause the lung’s smallest airways to collapse. A review published in 2017 also revealed an increased risk of death when acutely ill patients received high levels of oxygen.

“It’s a crucially important recommendation in all hospitals around the world,” said Myles, adding that this was particularly the case for low- to middle-income countries where risk of infection is greatest.

John Carlisle, a statistician and consultant anaesthetist at Torbay Hospital, Torquay, and co-author of the analysis, said in the report: “There’s a question as to whether the WHO guidelines are actually harmful … we’re now thinking (the advice) might be dangerous.”

The report says Myles and colleagues did not have access to the original data, so instead probed the statistics reported in 40 papers published by Schietroma, including seven trials that supported the use of high-dose oxygen after operations. Of these, the authors highlighted significant problems in 38 of the papers. Scientific results are typically assigned a measure of statistical significance, but in the Schietroma papers these figures (known as P-values) appeared to be wrong 98% of the time, in cases where it was possible to recalculate them.

“Authors seem not to realise that we can rerun the statistical analysis … I was a bit staggered that some of the errors were so obvious,” said Carlisle. When the Schietroma papers were excluded from consideration, the WHO guidelines were no longer supported, the authors said.

The report says the research also identified unusual similarities in the baseline data – such as heights and weights of trial participants – across different trials. It said it was concerning that there was no publicly available evidence that the ethical approval had been obtained to carry out the trials.

Separate to the latest investigation, five journal papers by Schietroma, including one that was found to “have no scientific validity”, have been retracted, the report says. Carlisle said the latest findings suggested that a full investigation was needed into the group’s work. “I have no confidence in the veracity of these papers. They should be retracted and never see the light of day again,” said Carlisle.

Schietroma said calculations in his papers had been reviewed by an independent statistician before publication as well as being subject to peer review at a number of respected journals. He said the similarities between datasets were not surprising because patient groups had been intentionally selected to be similar. He added that almost all his data and records of informed consent of patients had been lost when his hospital and research institute had sustained serious damage when L’Aquila was struck by an earthquake in 2009.

The report says the University of L’Aquila did not respond to a request for comment.

In December, the WHO downgraded its recommendation to use high concentration from strong to conditional, meaning it is less confident about the advice, after excluding two of Schietroma’s papers and incorporating new data that weakened the evidence for a benefit.

The report says the advice has not been universally adopted. A recent audit of British hospitals found that anaesthetists typically administered 50% oxygen – but some doctors have taken the advice on board. Rupert Pearse, a professor and consultant in intensive care medicine at Queen Mary University of London, said the findings were deeply concerning. “If we don’t know the answer but we’re recommending a treatment, we have to accept that the recommendation may cause harm,” he said.

Pearse, who is conducting a new trial aimed at weighing the risks and benefits of high doses of oxygen, said: “Yet again in the anaesthesia world we’ve seen a group publishing research that cannot be verified in any way.”

The report says the field has been hit by a series of scandals in the past few years, including the retraction of 183 papers by a Japanese anaesthetist who was found to have fabricated much of his data.

Abstract
In 2016 the World Health Organization recommended intra‐operative ventilation with 80% inspired oxygen to reduce surgical site infection rates, based upon a meta‐analysis of 15 randomised controlled trials, of which two were by Mario Schietroma's research group. Five trials by this group have been retracted for duplication, plagiarism, statistical error and lack of ethical approval. We analysed 40 papers by this group: 24 randomised controlled trials (5064 participants) and 16 observational studies (1847 patients). There was evidence that data integrity was compromised in 38 out of the 40 analysed papers. The distribution of baseline characteristics in randomised controlled trials was unlikely, p = 1.5 × 10−8: continuous variables within trials were heterogeneous, p = 1.9 × 10−9, and categorical variables were homogeneous, p = 8.5 × 10−20. Effects of interventions varied less than expected between studies: for categorical variables, for instance postoperative wound infection, p < 1 × 10−7, and for continuous variables, for instance HLA‐DR concentration, p = 0.00001. Of 184 calculable p values, for baseline variables or results, 179 (98%) were incorrect, ranging from three orders of magnitude too small to 10 orders of magnitude too large. Twenty‐one graphs occurred 81 times in 23 out of 40 papers. Liberal peri‐operative oxygen did not reduce surgical site infection in a meta‐analysis of 20 trials that excluded seven trials by Mario Schietroma and colleagues (odds ratio (95%CI) 0.89 (0.73‐1.08); p = 0.23). An update by the World Health Organization has now excluded trials of liberal oxygen by Schietroma's group, four of which have not been retracted. We conclude that Mario Schietroma's work should not inform practice until investigated.