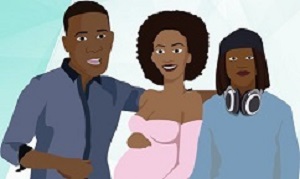 GEMS says it is important that the medical scheme industry "obtains clarity on the role of the Public Protector in this already highly regulated industry", since the Council for Medical Schemes had already ruled on the complaint that triggered the Public Protector's intervention.

"We will appeal the North Gauteng High Court ruling and we have already notified the Public Protector's office of this fact prior to her press statement. We have been advised that we have good grounds for an appeal," it is quoted in a News24 report as saying. "We are confident that the appeal will be favourable to GEMS," its principal officer, Gunvant Goolab, added.

The report says this comes after the Public Protector praised the High Court ruling in a statement on Monday. "The ruling paves the way for advocate (Busisiwe) Mkhwebane to carry on with an investigation that was deadlocked for nearly two years, leaving the complainant in the matter in the lurch," Segalwe explained.

The report says the Public Protector received a complaint by a dependent of a GEMS member alleging it had refused to admit him as the beneficiary after the member's death. The person died on 27 June, 2013, and was a GEMS member with full benefits, including a subsidy. The medical scheme terminated the complainant's membership soon after this date.

The High Court in Pretoria ruled that the case, which is in the interest of the public, should be investigated further to determine whether the complainant was unlawfully excluded from the scheme and if this amounted to improper prejudice on the complainant.

The medical scheme, however, claims that GEMS' regulatory body, the Council for Medical Schemes (CMS), has already brought the matter to a close. "The CMS has already investigated the complaint and ruled in GEMS' favour. The member then appealed this decision, which was dismissed.

"Given the fact that this complaint has already been investigated and ruled upon by the CMS, it is important that the medical scheme industry obtains clarity on the role of the Public Protector in this already highly regulated industry," the medical scheme concluded.

"The Public Protector's investigation has nothing to do with the medical scheme industry but GEMS, which as the court noted, is unique compared to other medical schemes in that it was established by the government for public servants using the public purse to undertake the responsibility of the government as an employer towards its employees," Segalwe is quoted in the report as saying.