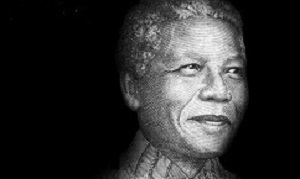 The sensitive information reportedly includes that Mandela died in the arms of ex-wife Winnie Madikizela-Mandela and that Machel was not with him at the time.

The Weekend Argus reports that Ramlakan's appearance before the HPCSA follows a complaint by Machel, who has applied for the hearing to be held in camera and for those attending to be barred from publishing Mandela’s medical and other private information.

In response, Ramlakan argues he had the permission of Mandela’s eldest daughter, Makaziwe Mandela-Amuah, to disclose information and that disclosing what happened in Mandela’s final years was in the public interest, given misinformation and rumours that he had been ill-treated by his medical team and denied visitors.

In 2017, Machel reported Ramlakan to the HPCSA, accusing him of unethical conduct and of violating Mandela’s dignity by disclosing his medical records in his book, Mandela’s Last Years, without consent. She wants Ramlakan disciplined by the HPCSA and possibly barred from practising medicine.

The book was pulled off the shelves in August 2017, following Machel’s complaint amid speculation that Ramlakan had been caught up in a family battle for control of Mandela’s legacy, particularly between his widow and Mandela-Amuah.

In an affidavit sent to the HPCSA in April 2018, Mandela-Amuah confirmed she granted permission for the book to be written because ‘matters relating to him and his health care were seriously misinterpreted in the public domain’, writes the Weekend Argus.

This included rumours and allegations reported in the media that Mandela’s medical team had not treated him well, covered up the fact he died six months earlier, caused the incident in which an ambulance rushing him to the Military Hospital in Pretoria broke down in Midrand and denied him visitors.