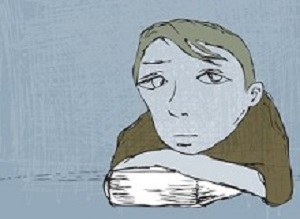 SIGECAPS is the mnemonic medical students memorise to learn the core symptoms of depression: sleep, interest, guilt, energy, concentration, appetite, psychomotor retardation, and suicidality. But it's difficult to diagnose depression close to home.

Michael Rose, at the Harvard TH Chan School of Public Health in the New England Journal of Medicine, writes: “The practice questions we spend hours answering in preparation for Step 1 of the US Medical Licensing Exam twist patient vignettes in tricky ways to fool us into misdiagnosing depression as insomnia in elderly women or attention deficit–hyperactivity disorder in inattentive adolescents. But despite their tricks, I would always nail those questions. The key was that if you looked hard enough, SIGECAPS was always hidden somewhere — an offhand mention of fatigue here, a seemingly unimportant reference to weight loss there.”

But, writes Rose, “despite my finely-honed detective skills, I missed the diagnosis in a patient who was oversleeping alarms, couldn’t stop eating, had relentless fatigue, was always seeing the glass as half empty, and continually felt worthless. He even occasionally wished it would all end.

“How did I miss it? I missed the diagnosis because I was that patient.”

Rose writes: “In hindsight, it was less a missed diagnosis than textbook denial. I thought what I was feeling was normal for a medical student – wasn’t it? But I had been so different just a year earlier as an equally busy first-year medical student. Then, I’d had the energy to read before bed and run on the weekends, and I was known for my ability to lock in while studying. A year later, even my continuous black coffee consumption couldn’t keep me up after 9:30. I hadn’t exercised in weeks, and I couldn’t review five pages of notes without daydreaming. Most important, those daydreams would often dwell on how much easier it would be if everything would end – that last and most worrisome symptom of the mnemonic.

“It took months for me to admit it to myself. Even then, I sought care only when my girlfriend pointed out that there was a reason I’d learned that medications and psychotherapy are the treatment for depression: they work. I reluctantly agreed. I needed help.

“I went to the residency clinic in town because I figured residents would be best equipped to empathise with my struggles, having slogged through similar circumstances only a couple of years earlier. A pleasant nurse led me into a room and handed me a PHQ-9, a patient health questionnaire that essentially systematises SIGECAPS. She could have saved the paper: I knew my score already. I’d been filling out the forms online for a couple of weeks. Each time, I’d click the circles and hope somehow the numbers would fall without assistance. They never did.

“A few minutes passed, and the resident knocked, then entered. Our conversation started with medical small talk, he sympathised with me over my upcoming board exam and asked what specialty I was planning to pursue. Then he smoothly transitioned to my mood, how long the symptoms had persisted, how they were affecting my life, and finally my thoughts about suicide. He didn’t interrupt me as I described my months of denial and my daily struggles to push through medical school while miserable. I assured him I hadn’t been actively considering suicide, but I kept having these intrusive dark thoughts. These were tough things to say out loud. He listened, empathised, and understood. Then he persuaded me to talk with the clinic’s psychologist in addition to starting a medication, despite my concerns about therapy taking time away from studying. We agreed on a plan, and on the way out I scheduled my follow-up.

“When I returned, I had started my medication and had talked with the therapist. I was feeling better. The therapy gave me tools to break the negative thought cycles that drive depression, and the medications made it easier for the therapy to succeed. My PHQ-9 scores had improved, and I was beginning to feel more like my old self. I had started reading more, needing to sleep less, focusing better, and those fleeting thoughts had stopped. I wasn’t cured, but I was managing.

“Since then, I have made it through Step 1 of the boards, have persevered through the ups and downs of clinical rotations, and am now studying toward a master’s in public health before pursuing a career in primary care. I’ve had two more bouts with depression, but with treatment I improved each time. Through time in the clinic and studying public health, I’ve discovered that I’m far from alone, especially within medicine. However, I’ve also learned that despite the common nature of these maladies, they remain deeply stigmatised. This I know both professionally and personally.

“As someone who tries to be a voice for health care justice, and as someone who battles with mental illness, I should be a leader in fighting stigma. Yet I’ve remained shamefully silent. When classmates drop by my place, I sneak off to the bathroom to ensure that my pill bottle is well hidden. When friends have posted about their mental health struggles on Facebook, I haven’t mustered a comment of solidarity. I’ve penned op-eds about the personal effects of repealing the Affordable Care Act, but I was too ashamed and afraid to lead with my most powerful anecdote. I should have said: I have a pre-existing condition. I should have said: the law’s protections don’t just affect my patients and my parents; they affect me directly. In clinic, when I have depressed patients who feel alone, I open up about my own struggles in an effort to alleviate their loneliness.
“But outside the exam room the only people I’ve told are my girlfriend, my mom (and only because of an insurance snafu), and one of my best friends.

“I’m not alone in my silence. Each year, more than 25% of medical students and residents experience depression. Of that 25%, just over half seek treatment, and many who do seek care do so at the time of crisis instead of early on. The starkest statistic: more than 10% have contemplated suicide. Despite seeing mental illness’s prevalence among our patients, despite knowing its impact among our peers, and despite witnessing the transformative effect treatment can have, we in medicine continue to see mental illness as a weakness we don’t want to accept.

“But when swaths of the population are silenced by stigma, that quiet rests on a tipping point. Once a critical mass of afflicted and stigmatised people begin speaking up, perhaps the environment of fear, shame, and judgment can be extinguished, and norms can change.

“In the medical field, the silence and stigma are often maintained because we fear the career repercussions of admitting our illness. Medical students like me worry about how residency directors will view our applications. Similarly, nearly 40% of physicians reported that they would be reluctant to seek treatment for a mental health condition out of concern about repercussions for their medical licensure.

“Part of this reluctance is instilled by licensure questions that are unnecessarily broad, inquiring about any history of mental illness instead of focusing on current physical and mental health fitness to practice.

“The good news is that we are protected from discrimination by the Americans with Disabilities Act; and the American Medical Association, the American Psychiatric Association, and the Federation of State Medical Boards are pressuring state medical boards to change overly broad licensure questioning. In addition, medical schools, hospitals, and professional organisations are working to improve utilisation of mental health services by medical students and physicians. However, our experiences and the data show we have a long way to go.

“The key to overcoming the status quo goes beyond institutions and policy. It lies with individuals and our willingness to share personal stories – and not a few, but many. That’s why I decided I had to overcome my own fear of telling my story. If none of us speak up, medical students, trainees, and physicians with mental illness will continue to feel alone and not get the care we need. But if we share our stories, we can begin to shatter the stigma and silence that surrounds mental illness for our profession, for our patients, and for ourselves.”