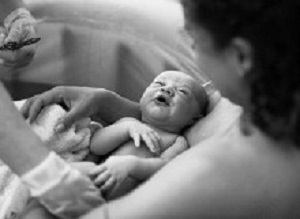 "More women in well-resourced countries are choosing birth at home, but concerns have persisted about their safety," said Eileen Hutton, professor emeritus of obstetrics and gynaecology at McMaster, founding director of the McMaster Midwifery Research Centre and first author of the paper. "This research clearly demonstrates the risk is no different when the birth is intended to be at home or in hospital."

The study examined the safety of place of birth by reporting on the risk of death at the time of birth or within the first four weeks, and found no clinically important or statistically different risk between home and hospital groups.

The study, which is the first systematic review and meta-analyses to use a previously published, peer-reviewed protocol for the research, used data from 21 studies published since 1990 comparing home and hospital birth outcomes in Sweden, New Zealand, England, Netherlands, Japan, Australia, Canada and the US. Outcomes from approximately 500,000 intended home births were compared to similar numbers of births intended to occur in hospital in these eight countries.

"Our research provides much needed information to policy makers, care providers and women and their families when planning for birth," said Hutton.

Abstract
Background: More women are choosing to birth at home in well-resourced countries. Concerns persist that out-of-hospital birth contributes to higher perinatal and neonatal mortality. This systematic review and meta-analyses determines if risk of fetal or neonatal loss differs among low-risk women who begin labour intending to give birth at home compared to low-risk women intending to give birth in hospital.
Methods: In April 2018 we searched five databases from 1990 onward and used R to obtain pooled estimates of effect. We stratified by study design, study settings and parity. The primary outcome is any perinatal or neonatal death after the onset of labour. The study protocol is peer-reviewed, published and registered (PROSPERO No.CRD42013004046).
Findings: We identified 14 studies eligible for meta-analysis including ~500,000 intended home births. Among nulliparous women intending a home birth in settings where midwives attending home birth are well-integrated in health services, the odds ratio (OR) of perinatal or neonatal mortality compared to those intending hospital birth was 1.07 (95% Confidence Interval [CI], 0.70 to 1.65); and in less integrated settings 3.17 (95% CI, 0.73 to 13.76). Among multiparous women intending a home birth in well-integrated settings, the estimated OR compared to those intending a hospital birth was 1.08 (95% CI, 0.84 to 1.38); and in less integrated settings was 1.58 (95% CI, 0.50 to 5.03).
Interpretation: The risk of perinatal or neonatal mortality was not different when birth was intended at home or in hospital.