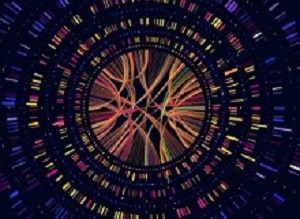 Consumer genetic tests could be giving false reassurance to those at heightened risk of cancers, a study, by clinical genetic testing company Invitae, revealed. It found that tests for breast and bowel cancer risk by direct-to-consumer companies such as 23andMe give negative results to the vast majority of those carrying DNA mutations in the genes under investigation.

“These tests should not be taken at face value at all, whether they are positive or negative,” said Edward Esplin from Invitae, ahead of the annual meeting of the American Society of Human Genetics in Houston, Texas. “The data really underscores that there needs to be increased awareness that results from this type of screening may not be wrong but they’re woefully incomplete.”

The Guardian reports that the research also showed that those from Asian and African-American backgrounds were more likely to carry mutations that were not designed to be detected by the consumer tests. The research focused on DNA-based tests relating to breast, ovarian and bowel cancer that were recently approved by the US Food and Drug Administration.

The study analysed the DNA of 270,806 patients who had been referred by healthcare providers for testing of the MUTYH gene, and 119,328 who had been referred for BRCA1/2 genetic testing. It showed that for both tests, the majority of those carrying mutations would not be spotted, which Invitae describes as a “clinical false-negative result”. “A clinical false-negative result can be incorrectly reassuring, excluding a patient from receiving the preventive care they need based on their risk,” he added. “It could be the difference between preventing cancer and developing cancer.”

The report says in response to the findings, 23andMe said: “The claims made by a competitor that we are returning ‘clinical false negatives’ is incorrect and a false characterisation of 23andMe’s test. Our test is extremely accurate. As part of the FDA authorisation process we’ve demonstrated over 99% accuracy for the variants we test for in our health product.”

The company said it makes clear to customers that it tests only for certain genetic variants and that customers should not forgo any recommended testing based on 23andMe results. “23andMe is not a diagnostic test,” the company said. “If an individual has a family history of cancer or other indications for clinical testing we always recommend consulting a healthcare provider first.”

Professor Anneke Lucassen, a clinical geneticist at the University of Southampton, said in the report that, in her experience, non-specialists would be likely to wrongly interpret negative results as an “all-clear”. “I do think the ‘false-negative’ rate is an issue, not necessarily through the companies’ fault but through low general awareness,” she said. “Most people who come to clinic ask: ‘Have I got the gene for breast cancer?’ and imagine it’s a single test, not that the test involves looking through around 20,000 letters of the genetic code to see if any one of them might be different.”

Facebook
Twitter
WhatsApp
Linkedin
Email
Previous articleDrug policies in Western Cape are among most overlooked drivers of poverty and inequality
Next articleStress in pregnancy may affect baby's sex, risk of preterm birth