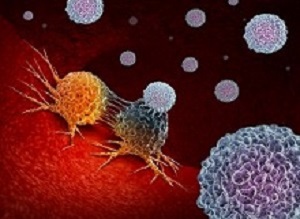 Immunotherapy substantially improves survival in metastatic melanoma, from 5-year survival levels of 5% a decade ago, to 52% now, a clinical trial shows. Doctors said it was an extraordinary and rapid transformation in care.

"In the past, metastatic melanoma was regarded as untreatable," said Professor James Larkin, a consultant at the Royal Marsden NHS Foundation Trust. He is quoted in a BBC report as saying: "Oncologists considered melanoma different to other cancers, it couldn't be treated once it had spread." People tended to live between six and nine months after diagnosis.

"It's been an amazing surprise to see so much progress in such a short a period of time," Larkin is quoted in the report as saying. He said: "It's been the most extraordinary transformation from a disease that was regarded, among all the cancers as the most difficult to treat, the most serious prognosis.

He said there is now "the possibility that 50% of people with stage four melanoma are alive five years after having immunotherapy treatment."