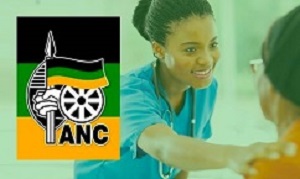 A recent public hearing on the National Health Insurance Bill has been criticised by civil society activists as "an ANC rally … a sham", reports Spotlight. The Democratic Alliance says the hearings are being used to advocate passage of the Bill.

Despite a last-minute venue change from Secunda to Ermelo (two towns about one and a half hours’ drive from each other) and without prior notice, apologies or explanations, the fourth of the National Health Insurance (NHI) Bill Mpumalanga public hearings in Ermelo was well attended, says a Spotlight report. The hearings were held in the municipal council chambers that were packed with people – reportedly between 800 and 900. The meeting was also live-streamed.

Sfiso Nkala of Section27, who’s also the civil society chair for the province’s Aids Council, was one of the people who drove from Ermelo to Secunda on the Monday afternoon to find the shut doors at the Lillian Ngoyi Centre. He had to drive back to Ermelo knowing he would miss the first hour and a half of the meeting. Nkala said: “It was like an ANC rally, not a public hearing. About 90% of the people were wearing ANC regalia; you can’t help thinking that these people came from the branches and from the ANC alliance partners.”

Nkala is quoted in the report as saying that when he took up a spot in the line of people waiting their turn at the microphone, there was a person who moved down the line telling the people to have their say but also to state that they endorse the NHI.

“It was like they wanted to make sure that it looked like the NHI Bill had everyone’s approval, it was just a sham. My biggest worry is that people have not been given any information so that they can ask informed questions about this Bill,” said Nkala.

Thami Nkosi, Right2Know campaign manager, said in the report that the shambles of the Ermelo public hearings amount to a “watered down version of public participation that is an indictment on the ANC and on opposition parties who are not holding the ruling party to account”. He said the public hearings should not be reduced to political rallies, or manipulated processes of public consultation in decision making.

The report says Democratic Alliance (DA) MP Siviwe Gwarube, who serves on the portfolio committee on health, also slammed the hearings as “deeply politicised”. Gwarube said in a statement the hearings sought to mislead the public about the legislation in order to sway their inputs. “Parliament produced a leaflet that was not signed off by the portfolio committee, which sought to educate people about the bill but instead advocated for the passing of the Bill. This is a complete betrayal to the people of South Africa and undermined the work that Parliament is meant to do.”

The Afrikaner and minorities rights group AfriForum was also critical. Its spokesperson on National Health Insurance, Natasha Venter, said: “How did they get so many people to the meeting when the general public didn’t know about the changed venue till the day? The pamphlets were also only in isiZulu and it was essentially a script of ANC propaganda about NHI funding. They didn’t tell people about how unsustainable NHI will be; only that people will be able to get referred for private healthcare – of course everyone wants to hear that. It seemed from the start that these hearings are about reaching an outcome that pushes through the NHI, without really being truthful to the public.”

The chair of the portfolio committee on health, Dr Sibongiseni Dhlomo, is quoted in the report as saying that the change of venue from Secunda to Ermelo came from the municipalities and was not in Parliament’s control. He said he knew eight days before about the venue change.

The report says Dhlomo also explained that isiZulu is the dominant language in Ermelo, which is why the meeting was conducted in isiZulu. According to him translations were “offered simultaneously” for those who requested it. Dhlomo said pamphlets that were distributed on the night were only one part of public engagements undertaken by the provincial department of health. He didn’t have a direct answer as to why the meeting ended an hour and a half early, despite people being in the queue to speak.

“We found that the people at the hearings had quite a good level of understanding of the Bill,” said Dhlomo, who was previously the MEC for Health in KwaZulu-Natal.

Despite the hearings already under way, he said it is too early to comment on the criteria he and his team are using to measure the success of the processes by which the public hearings are being run.