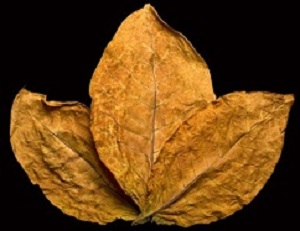 In a last-minute submission on the SA Tobacco Bill, international academics argue that the Bill does not sufficiently differentiate between nicotine products of widely differing risk to health. That it does not embrace the definition of ‘tobacco control’ used by the World Health Organization, including ‘harm reduction’, ‘is a significant weakness’.

The submission, titled Comments on the Draft Control of Tobacco and Electronic Delivery Systems Bill 2018, is by Professors David B Abrams and Raymond S Niaura of the Department of Social and Behavioral Science in the NYU College of Global Public Health, New York University; Clive D Bates, director of Counterfactual, a consulting and advocacy practice; and David T Sweanor, adjunct professor of law and chair of the advisory board of the Centre for Health Law, Policy and Ethics at the University of Ottawa.

They summarise their advice as follows:

They make a range of suggestions for text amendment, “but the most important step is to redefine the strategic policy intent to exploit the opportunities of tobacco harm reduction rather than treat them as a threat”.

Addressing the burden of disease caused by tobacco use, primarily smoking, remains the among the most important public health challenges today. In 2015, smoking prevalence in South Africa was 31.4 percent among men aged over 15 and 6.5 percent among women. 6.3 million people are smoking daily, and 42,000 South Africans die prematurely each year as a result.

All nations of the World Health Assembly have committed to tackle the disease burden of tobacco. It is important to emphasise that the primary goal of policy is to reduce harm, disease and death, as deeply and quickly as possible.

Under agreements made to reduce non-communicable diseases (NCDs), the nations of the World Health Assembly, including South Africa, committed to reduce smoking prevalence by 30 percent in relative terms by 2025, compared to 20103.

However, the World Health Organisation’s most recent assessment of progress and likely outcomes suggests that South Africa would not meet this target, with a decline in smoking prevalence from 19.4 percent to 16.5 percent between 2010 and 2025 – a relative decline of just 15 percent, or half the ambition agreed at the WHA.

The WHO’s assessment is consistent with similarly pessimistic analysis of a larger set of countries by independent academics writing in The Lancet, which found that South Africa has a probability of between five and 50 percent of making the NCD target for smoking.

For this reason, renewed efforts and a refreshed policy delivered through new legislation is to be welcomed. However, we do not believe the Bill as drafted will deliver the full potential.

The main argument that we made in this submission is that if the policy focus is on reducing harm, then the policy needs to embrace the concept of “tobacco harm reduction”.

This means using policy and legislation to exploit the very wide range of risks (one to three orders of magnitude) associated with different forms of nicotine product, and incentivizing users to switch from the highest risk prodcts (cigarettes) to those that do not involve any combustion – ENDS, smokeless and heated tobacco products and variations on nicotine replacement therapy

The WHO Framework Convention on Tobacco Control provides a definition of tobacco control that includes tobacco harm reduction.

1.(d) “tobacco control” means a range of supply, demand and harm reduction strategies that aim to improve the health of a population by eliminating or reducing their consumption of tobacco products and exposure to tobacco smoke. (emphasis added)

The key strategy available to reduce smoking and smoking-related NCDs over the short timescale to 2025-30 is tobacco harm reduction. The harm reduction strategy more generally involves substituting a high-risk product or behaviour with a low-risk product or behaviour. It is a well-established strategy in many areas of public health, for example in intravenous drug use and HIV prevention.

To put it bluntly, we do not try to help people avoid HIV by telling them to stop having sex, but by ensuring they access condoms when they do have sex.

The concept of harm reduction is already well understood in South Africa in the context of HIV/AIDS – our proposal is that this concept should be adopted in response to the tobacco epidemic.

This is not an alternative to established tobacco control, but complementary and mutually reinforcing. There is more we can do to reduce disease burdens through tobacco control by also adopting tobacco harm reduction strategies for people who continue to use nicotine.

What is tobacco harm reduction?

Tobacco harm reduction starts from the insight that the vast majority of harm done by tobacco use is done by smoke – the products of combustion arising from burning tobacco leaf. The nicotine is not the main or even an important harmful agent in tobacco use, but it is the reason why people use tobacco, mostly as smokers. This has been known since at least the 1970s.

People smoke for the nicotine but they die from the tar.

So the opportunity for a rapid win for health is to eliminate the tar (the smoke residues) for people who continue to use nicotine by choice or because they are dependent.

Most of these products have risen to prominence rapidly since 2010, and their rise has coincided with rapid declines in smoking in the UK and US among both adults and adolescents.

The science and policy issues are discussed in more depth later in the submission, which draws on five statements from a UK Royal College of Physicians major 2016 report, which endorses the use of e-cigarette to reduce smoking:

This is a conclusion supported by the largest UK public health agency, Public Health England, which has recently shown its support by advertising switching to e-cigarettes on national prime-time television.

Independent American experts have reviewed the evidence in detail and have called for a fundamental change in the public health approach to nicotine, giving primary to reducing NCDs and stressing the value of harm minimisation approaches

A reframing of societal nicotine use through the lens of harm minimization is an extraordinary opportunity to enhance the impact of tobacco control efforts.

Tobacco harm reduction and tobacco control are compatible (not alternatives)

There is a well-established package of tobacco control measures that aim to change the demand for tobacco products described by the acronym MPOWER, and used by the World Health Organisation. We should stress that tobacco harm reduction is compatible with the established MPOWER policies that are adopted in the WHO FCTC.

The idea of tobacco control is to encourage changes in behaviour in response to tobacco control policies such as raising tobacco taxation, informing people about risks or banning advertising. The tobacco harm reduction options increase the range of beneficial options for responding while reducing the difficulty. Switching to a lower risk product is easier than complete cessation because smokers do not have to give up nicotine, flavour sensations or behavioural rituals. However, in following these easier-to-follow pathways, smokers can dramatically reduce risk. For example, an increase in taxes on cigarettes could prompt a range of behavioural response:

1, keep smoking but pay more, with a negative impact on household budget and welfare;

2. try to quit completely, but recognising that success rates are low

3. switch to illicitly traded cigarette, creating a revenue loss but no health gain.

The Final Impact Assessment12 for the Draft Bill synthesises a wide range of perspectives on the draft Bill and is based on the evaluation of three main options: (1) the status quo; (2) the proposed Bill; and (3) a more complete implementation of FCTC.

We would generally be inclined to support option 3, but providing that the Bill embraced tobacco harm reduction and respected the definition of tobacco control used in the FCTC. We believe that this will deliver the best results for public health in South Africa. In our view, this option was not fully evaluated in the Final Impact Assessment – we would describe it as a fourth option: a ‘risk-proportionate implementation of the FCTC”.

We believe that this would be a ground-breaking approach.

While the experts set out detailed comments on the text of the draft Bill, they stress that the call is for a different policy orientation, rather than just technical changes to the text. “With a different policy approach the Bill could be much stronger and reconcile the positions held by many more stakeholders.