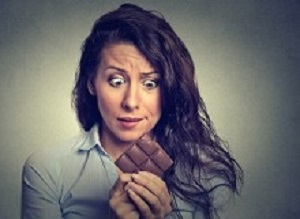 South Africa is battling a high obesity rate, the Heart and Stroke Foundation South Africa’s chief executive, Professor Pamela Naidoo told the Cape Times. While there is a link between obesity and addiction, a new study finds that it is a complex situation and the causes are not simple, reports Health24.

Obesity is a global public health issue, which is becoming notoriously difficult to treat. Rates have nearly tripled since 1975, according to the World Health Organization (WHO), and could be a result of factors such as inexpensive, high-calorie foods and leading a sedentary lifestyle.

But blaming addiction for obesity is a simplistic way of looking at the situation, a large analysis of personality studies has found.

The analysis, published in Nature Human Behavior, indicates that while obese people do behave somewhat like people with alcohol or drug addiction, the addiction model isn't entirely applicable, according to Health24 in a report compiled by Zakiyah Ebrahim.

This prompted a research team, led by Dr Alain Dagher at the Neuro (Montreal Neurological Institute-Hospital) to seek new ways to measure behaviours and those linked to obesity, as well as those linked to well-known addictive behaviours, in search of common threads.

In the study, a former postdoctoral fellow in Dagher’s lab, Uku Vianjik, who is now with the University of Estonia, Tartu, selected existing studies on obesity and addiction and sought to identify related personality traits.

NEO Personality Inventory, a common personality test, measures 30 facets of how people think, feel and behave, with example facets including people who are impulsive, assertive or altruistic. The test gives participants a score on what are known as the “Big 5” personality traits: agreeableness, extraversion, neuroticism, conscientiousness and openness.

However, the interesting finding was that the link between obesity and overeating was considerably weaker – by contrast, the personality traits in obesity overlapped more greatly with mood disorders and some personality disorders, proving that obesity is a complex condition that the addiction model cannot fully explain.

“Our research suggests that obesity treatments may benefit from borrowing methods from addiction treatments to improve people’s self-control capabilities,” Dagher said in a statement, adding that the results also suggest that researchers should take any useful information from the limited similarities between obesity and addictions, and then look elsewhere to fully comprehend the behavioural profile of obesity.

A sugary drink here, a mouth-watering fast food meal there – before you submit to that craving, consider the damaging health effects it may result in, including overweight and obesity.

Many low- and middle-income countries are what the WHO calls a “double burden” of disease, meaning that while these countries face diseases and under-nutrition, they are also experiencing a rapid upsurge in non-communicable disease risk factors, such as obesity and overweight which, in turn, increases one's risk for heart disease, says Health24.

Research by South African physician Dr Gary Hudson indicates that 70% of men in South Africa face health risks due to being overweight, and an alarming 20% of men are obese, News24 reports. And South African women are not far behind.

According to Hudson, men’s food portions are simply too big, and they tend to consume more fat, protein, alcohol and soft drinks than women.

The fight against fat – Curbing obesity

If behaviour patterns aren’t changed, the burden of this lifestyle-related disease will only escalate, according to Health24. According to a 2019 UN report, obesity contributes to an estimated four million deaths worldwide and costs the economy approximately $2 trillion (about R30 trillion) annually.

The WHO recommends that overweight and obesity can be reduced if people limit their fat and sugar intake; increase their consumption of fruit, vegetables, legumes, whole grains and nuts; and engage in at least 150 minutes of physical activity a week.

Obesity has limited behavioural overlap with addiction and psychiatric phenotypes

A prominent hypothesis is that people with obesity respond to rewards similarly to people with addictions such as alcohol abuse or smoking. For instance, perceived overeating or ‘uncontrolled eating’ (UE) is the most common obesity-associated personality trait and resembles the perceived loss of control seen in drug addiction. Likewise, both obesity and addictive behaviours have similar correlations with broad personality domains.

Here we seek to empirically test whether obesity and UE overlap behaviourally with addiction and psychiatric disorders, collectively referred to as phenotypes. We test for behavioural similarity by linking the personality profiles of each phenotype. NEO Personality Inventory profiles of 28 phenotypes were extracted from 22 studies, encompassing summary statistics from 18,611 unique participants.

Facebook
Twitter
WhatsApp
Linkedin
Email
Previous articleSome smokers say e-cigarettes saved their lives – Does that matter?
Next articleRising problematic use in US states where marijuana is legal

Substance use and first-episode psychosis in the Eastern Cape