Just do it: Happy introverts may simply choose to be extraverts 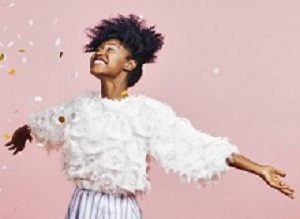 If you are an introvert, force yourself to be an extravert — you'll be happier, found a small US personality study.

That's the suggestion of the first-ever study asking people to act like extraverts for a prolonged period. For one week, the 123 participants were asked to – in some cases – push the boundaries of their willingness to engage, by acting as extraverts. For another week, the same group was asked to act like introverts.

The benefits of extraversion have been reported before, including those of "forced extraversion," but usually only for brief intervals. In one study, train-riders were asked to talk to strangers; a control group was directed to remain silent. The talkers reported a more positive experience.

University of California Riverside researcher Sonja Lyubomirsky wanted to extend the faux extraversion to see if it would result in better well-being. "The findings suggest that changing one's social behaviour is a realisable goal for many people, and that behaving in an extraverted way improves well-being," said Lyubomirsky, a UCR psychologist and co-author of the study. Psychologists favour "extravert" to the more commonly used "extrovert," due to its historic use in academia, and the Latin origins of "extra," meaning "outside."

So Lyubomirsky's team went for words agreed upon as most neutral. The adjectives for extraversion were "talkative," "assertive," and "spontaneous"; for introversion, "deliberate," "quiet," and "reserved."

Researchers next told participants – both the Act Introvert group and the Act Extravert group – that previous research found each set of behaviours are beneficial for college students. Finally, the participants were told to go forth, and to be as talkative, assertive, and spontaneous as they could stand. Later, the same group was told to be deliberate, quiet, and reserved, or vice versa. Three times a week, participants were reminded of the behavioural change via emails.

"It showed that a manipulation to increase extraverted behaviour substantially improved well-being," Lyubomirsky said. "Manipulating personality-relevant behaviour over as long as a week may be easier than previously thought, and the effects can be surprisingly powerful."

The researchers suggest that future experiments addressing this question may switch up some variables. The participants were college students, generally more malleable in terms of changing habits. Also, Lyubomirsky said, effects of "faking" extraversion could surface after a longer study period.

Abstract
Research in personality psychology has remained predominantly correlational. For example, 3 decades of research demonstrate a robust cross-sectional relationship between extraversion and positive affect. A handful of studies, however, have examined this link experimentally, showing that extraversion boosts positive affect over short durations. If this is true, behaving in an extraverted manner should be a reliable method for increasing positive affect and, thus, suitable as a well-being-increasing practice. The current study instructed participants to engage in both extraverted and introverted behaviour, each for 1 week. Participants increased in well-being when they were assigned to act extraverted and decreased in well-being when they were assigned to act introverted. These findings suggest that changing behaviour associated with personality is possible and can impact well-being. More broadly, this study adds to a growing body of research on the potential of experimental methods in personality psychology.