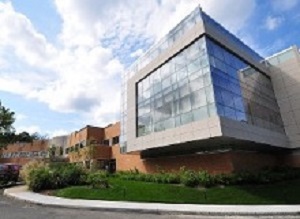 Memorial Sloan Kettering Cancer Centre, one of the world’s leading research institutions, has announced that it would bar its top executives from serving on corporate boards of drug and health care companies that, in some cases, had paid them hundreds of thousands of dollars a year, reports The New York Times. Hospital officials also told the centre’s staff that the executive board had made permanent a series of reforms designed to limit the ways in which its top executives and leading researchers could profit from work developed at Memorial Sloan Kettering, a non-profit with a broad social mission that admits about 23,500 cancer patients each year.

The report says the conflicts unearthed at Memorial Sloan Kettering have had a rippling effect on other leading cancer institutions across the country. Dana-Farber Cancer Institute in Boston and Fred Hutchinson Cancer Research Centre in Seattle, both of whose executives sit on corporate boards, are among the institutions reconsidering their policies on financial ties.

In the wake of reports about board memberships held by Memorial Sloan Kettering officials last fall, the report says Dr Craig B Thompson, the hospital’s CEO, resigned in October from the board of Merck. The company, which makes the blockbuster cancer drug Keytruda, had paid him about $300,000 in 2017 for his service.

The report says the announcement was one of several steps the cancer centre said it was considering as part of an institution-wide overhaul of its corporate relationships and conflict-of-interest policies. The cancer centre has hired Deloitte as well as two law firms, Ropes & Gray and Debevoise & Plimpton, to help conduct its reviews.

Debra Berns, the centre’s chief risk officer, also said in an email to employees that the hospital’s Board of Overseers and Managers formalised a policy enacted last fall that prohibits board members from investing in start-up companies that Memorial Sloan Kettering helped to found. In addition, it also prevents hospital employees who represent Memorial Sloan Kettering on corporate boards from accepting personal compensation, like equity stakes or stock options, from the companies.

Dr Walid Gellad, director of the Centre for Pharmaceutical Policy and Prescribing at the University of Pittsburgh, called the policy changes a “watershed moment.” “This is highly significant, especially at such a high-profile academic centre,” he is quoted in the report as saying. “Leadership matters, and the institution has decided that their leaders should not also be concurrently leading for-profit health companies.”

When doctors enter into financial relationships with companies, the concern is that these ties can shape the way studies are designed and medications are prescribed to patients, potentially allowing bias to influence medical practice. A 2014 study found that about 40% of the largest publicly traded drug companies had a leader of an academic medical centre on their boards.

The report says Memorial Sloan Kettering has been shaken by the unfolding series of conflicts of interest since September, when it was reported that its chief medical officer, Dr José Baselga, had failed to disclose millions of dollars in payments from drug and health care companies in dozens of articles in medical journals. Baselga resigned days later, and he also stepped down from the boards of the drug-maker Bristol-Myers Squibb and Varian Medical Systems, a radiation equipment manufacturer. Earlier this month, AstraZeneca announced that it had hired Baselga to run its new oncology unit.

Additional reports detailed how other top officials had cultivated lucrative relationships with for-profit companies, including an artificial intelligence start-up, Paige.A1, that was founded by a member of Memorial Sloan Kettering’s executive board, the chair of the pathology department and the head of a research lab. The hospital struck an exclusive deal with the company to license images of 25m patient tissue slides that had been collected over decades.

Another article detailed how a hospital vice president was given a stake of nearly $1.4m in a newly public company as compensation for representing Memorial Sloan Kettering on its board.

The report says when news of Baselga’s disclosure lapses first became public, 12 doctors and researchers at the hospital served on the boards of publicly traded companies. The number has now dropped to nine.