How long are you going to live? — Life Expectancy Calculator 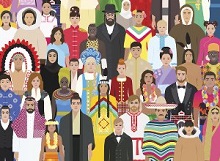 Babies born in SA in 2016 can expect to live to 62 – two years fewer than their compatriots born 25 years before, in 1990. Check the Life Expectancy Calculator, which uses data from the Global Burden of Disease project by the Institute of Health Metrics and Evaluation/strong>.

Global life expectancy has risen more than seven years since 1990, equivalent to a year gained every three-and-a-half years. People around the world are living longer thanks in part to lower death rates from heart disease in high-income countries and fewer child deaths in low-income countries. Improved health care, better sanitation and medical advances in treating diseases have also contributed to the rise.

Healthy life expectancy – the number of years you can expect to be in good health – also rose by 6.3 years. However, the rate of global growth has started to ease off again. Fourteen of the top 20 countries for life expectancy are in Europe, but East Asia tops the pile overall: people born today in Japan and Singapore can expect to live to 84 years old.

All but two of the bottom 20 countries are from Africa. Children born in 2016 in Lesotho and the Central African Republic – which has been ravaged by civil war – have a life expectancy of only 50 years, 34 fewer than those born in Japan. Meanwhile, decades of war, drought and lawlessness make Afghanistan the only Asian country near the bottom, with a life expectancy of only 58.

Women outlive men in 195 out of 198 countries, and on average by six years. However, in some countries that gap is as much as 11. As the charts show, many of the biggest gender differences are in Eastern Europe and Russia, where comparatively low male life expectancy has been explained by alcoholism and poor working conditions. The three countries where men outlive women are the Republic of Congo, Kuwait and Mauritania.

Since 1990, life expectancy has improved in 96% of countries. Back then, people born in 11 countries would not be expected to reach 50, yet this milestone was reached by every country in 2016. Six of those 10 biggest improvements have occurred in sub-Saharan Africa. Ethiopia, still recovering from famine in 1990, had a life expectancy of only 47. Babies born there in 2016 could expect to live 19 years longer thanks partly to significant decreases in respiratory infections and diarrhoeal diseases, such as rotavirus and cholera.

As well as having some of the biggest rises in life expectancy, sub-Saharan Africa also has four of the eight countries where life expectancy has fallen since 1990. The biggest drop was in Lesotho, where according to UN estimates, one in four people are living with HIV – the second highest rate in the world.

Babies born in neighbouring South Africa in 2016 can expect to live to 62 – two years fewer than their compatriots born 25 years before, in 1990. During this period, the country has struggled with the effects of a widespread HIV epidemic.

Life expectancy can be surprisingly localised – some neighbouring countries had almost 20 years between them. For example, cross the border from China into Afghanistan, and life expectancy falls by more than 18 years. And Mali – which has suffered years of terrorism and civil strife this decade – has a life expectancy of only 62, but people born in neighbouring Algeria can expect to live to 77.

Back in 2010, Syria was ranked 65th in the world for life expectancy, in the top third of countries. However, years of unrelenting war have seen it drop to 142nd place in 2016. Meanwhile, at the height of the Rwandan genocide in 1994, life expectancy at birth was only 11 years.

North Korea suffered a devastating famine between 1994 and 1998 that knocked several years off its life expectancy until the early 2000s. More than 200,000 people are estimated to have died from the Haiti earthquake in 2010. However, life expectancy did recover the following year.