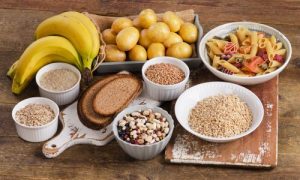 A large US study over 25 years indicates that moderate carb consumption – switching meat for plant-based protein and fats – is healthier than low-carb diets, such as Atkins and Banting. Both high and low percentages of carbohydrate diets were associated with increased mortality,

Such diets have become increasingly popular for weight loss and have shown promise for lowering the risk of some illnesses. But BBC News reports that a US study over 25 years indicates that moderate carb consumption – or switching meat for plant-based protein and fats – is healthier. The study relied on people remembering the amount of carbohydrates they ate.

The report says in the study 15,400 people from the US filled out questionnaires on the food and drink they consumed, along with portion sizes. From this, scientists estimated the proportion of calories they got from carbohydrates, fats, and protein.

After following the group for an average of 25 years, researchers found that those who got 50-55% of their energy from carbohydrates (the moderate carb group and in line with UK dietary guidelines) had a slightly lower risk of death compared with the low and high-carb groups.

Carbohydrates include vegetables, fruit and sugar but the main source of them is starchy foods, such as potatoes, bread, rice, pasta and cereals.

The report says the findings were similar to previous studies the authors compared their work with, which included more than 400,000 people from more than 20 countries.

The scientists then compared low-carb diets rich in animal proteins and fats with those that contained lots of plant-based protein and fat. They found that eating more beef, lamb, pork, chicken and cheese in place of carbs was linked with a slightly increased risk of death. But replacing carbohydrates with more plant-based proteins and fats, such as legumes and nuts, was actually found to slightly reduce the risk of mortality.

Dr Sara Seidelmann, clinical and research fellow in cardiovascular medicine from Brigham and Women's Hospital in Boston, who led the research, said: "Low-carb diets that replace carbohydrates with protein or fat are gaining widespread popularity as a health and weight-loss strategy.

"However, our data suggests that animal-based low carbohydrate diets, which are prevalent in North America and Europe, might be associated with shorter overall life span and should be discouraged.

"Instead, if one chooses to follow a low carbohydrate diet, then exchanging carbohydrates for more plant-based fats and proteins might actually promote healthy ageing in the long term."

The authors speculate that Western-type diets that restrict carbohydrates often result in lower intake of vegetables, fruit, and grains and lead to greater consumption of animal proteins and fats, which have been linked to inflammation and ageing in the body.

Professor Nita Forouhi, from the MRC epidemiology unit at University of Cambridge, who was not involved in the study, is quoted in the report as saying: "A really important message from this study is that it is not enough to focus on the nutrients, but whether they are derived from animal or plant sources. "When carbohydrate intake is reduced in the diet, there are benefits when this is replaced with plant-origin fat and protein food sources, but not when replaced with animal-origin sources such as meats."

The report says limitations to the study include the findings showing observational associations rather than cause-and-effect and what people ate was based on self-reported data, which might not be accurate. And the authors acknowledge that since diets were measured only at the start of the trial and six years later, dietary patterns could have changed over the subsequent 19 years.

Professor Tom Sanders, professor emeritus of nutrition and dietetics at King's College London, also pointed out that the use of a food questionnaire in the study led to people underestimating the calories and fat they had eaten. "One explanation for the finding in this and the other US studies is that it may reflect the higher risk of death in the overweight/obese, who may fall into two popular diet camps – those favouring a high-meat/low-carbohydrate diet and those favouring a low-fat/high-carbohydrate diet," he added.

Dr Alison Tedstone, chief nutritionist at Public Health England, said: "This provides further evidence that low-carb diets could be incredibly damaging to our long-term health. High-fibre starchy carbohydrates should provide about half of our energy, including fruit and vegetables, while reducing intake of higher fat meat and dairy."

The Guardian reports that these findings bring together several strands that have been controversial. Too much and too little carbohydrate can be harmful but what counts most is the type of fat, protein, and carbohydrate,” said Walter Willett, a professor of epidemiology and nutrition at Harvard TH Chan School of Public Health and the co-author of the study.

Low-carb diets are popular for weight loss because they work quite well in the short term, said Seidelmann, and they are usually meat-based. The study was not set up in a way that would make it possible to compare moderate carb with low-carb plant-based diets but, said Seidelmann, “the more plant-based (the diet was), the lower the mortality”.

“No aspect of nutrition is so hotly contended on social media than the carb versus fat debate, despite the long-term evidence on health benefits firmly supporting the higher carb argument,” Catherine Collins, a National Health Service (NHS) dietitian is quoted in the report as saying.

The “cult of low carb high fat eating” was based on a lifestyle choice and the flimsiest of evidence, she said. Its devotees were “at odds with advice from WHO and government health bodies globally – including the UK’s Public Health England – that recommend a carb intake to provide around half our daily calorie needs”.

She added that it the findings raise questions about the current hyping of low-carb diets for people with diabetes. “The feting and promotion of GPs promoting often bizarre low carb diets to manage diabetes has gained much media traction,” she said. “If nothing else, this study provides some redress to this one-sided debate, and adds caution to such practice for long term management.”

The report says in a commentary in the journal, Dr Andrew Mente and Dr Salim Yusuf, from McMaster University in Canada, said it was not possible to rule out completely all the factors that might skew the results, but that the findings were that logical and moderate carbohydrate consumption was likely to be better for people than low or high-carb diets.

“Essential nutrients should be consumed above a minimal level to avoid deficiency and below a maximal level to avoid toxicity. This approach maintains physiological processes and health (a so-called sweet spot). Although carbohydrates are technically not an essential nutrient (unlike protein and fats), a certain amount is probably required to meet short-term energy demands during physical activity and to maintain fat and protein intakes within their respective sweet spots,” they wrote.

Participants filled out detailed questionnaires about their dietary habits – what foods, how much, how often, etc, says a Daily Maverick report. Over a 25-year follow up period, more than 6,000 of the men and women died.

People who got 50%-55% of their calories from carbohydrates outlived those with very low-carb diets, on average, by four years, and those with high-carb diets by one year.

A review of medical records for an additional 432,000 people from earlier studies confirmed the results, which are also in line with WHO recommendations.

“There is nothing to be gained from long-term adherence to low-carbohydrate diets rich in fats and proteins from animal origins,” said Ian Johnson, a nutrition researcher at Quadram Institute Bioscience in Norwich, England, commenting on the research, in which he did not take part.

But, the report says, he added that carb quality, not just quantity, is crucial. “Most should come from plant foods rich in dietary fibre and intact grains, rather than from sugary beverages or manufactured foods high in added sugar.” Fibres also help maintain a healthy gut flora, now considered to be a major factor in health and disease.