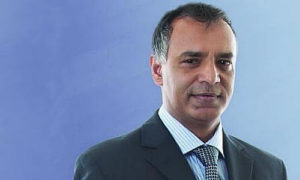 Professor Shabir Madhi, eminent Medical Research Council vaccinologist and principal investigator in the Oxford/AstraZeneca vaccine trial locally, has urged the Health Department not to abandon the vaccine but to make immediate strategic use of it among high-risk groups before it expires, writes MedicalBrief. His  plea comes upon Public Health England data showing that a single-shot of the vaccine cut risk of serious illness by 80% in the over-80s.

In people over 70, it cut the risk of developing any COVID-19 symptoms by around 60%, three weeks after an initial dose of the two-dose vaccine.

BBC News reports that initially some European Union countries refused to give the AstraZeneca vaccine to the over 65s because data from the trials was mainly on its effect among younger adults. However, the French government has now revised its stance, saying "people affected by co-morbidities can be vaccinated with AstraZeneca, including those aged between 65 and 74".

Earlier this month, the South African government decided to halt the rollout of the AstraZeneca vaccine just days after it arrived because of local trial results that indicated that the vaccine would not prevent mild and moderate illnesses caused by the variant identified in South Africa. After failing to return the vaccines to the Serum Institute of India, the government said it would on-sell the vaccines to the African Union, at "no financial loss". It is not clear whether this has, in fact, happened.

Madhi, who is professor of vaccinology at the University of the Witwatersrand and director of the Respiratory and Meningeal Pathogens Research Unit at the SAMRC, told News24 that he felt "mortified" that the government had "abandoned" the AstraZeneca vaccine, instead of using the AstraZeneca vaccine strategically to target elderly healthcare workers and those with comorbidities.

While the local study did not look at the vaccine's impact on severe disease, Madhi told News24 he believed it would likely be effective. He said South Africa needed "to recalibrate" its understanding of what some first-generation vaccines are able to do and, in doing so, be more targeted in its rollout strategy.

The vaccines expire on 30 April and to vaccinate a million people in that time would be "a massive achievement on its own". Unless the vaccine is rolled out in the next week or unless the SII can extend the expiry date, "essentially, we'll see a vaccine that is going to be wasted, rather than being offered to people who stand to benefit from it".

Madhi said that the while the vaccine was not going to protect against mild infection, but it was "very likely" it would protect against severe disease. The technology used to develop the AstraZeneca vaccine as well as the immune response induced by the vaccine, was almost identical to the Johnson & Johnson (J&J) vaccine which showed a 64% efficacy rate against the variant.

The Oxford/AstraZeneca coronavirus vaccine is slightly more effective than that of Pfizer/BioNTech on some measures, UK Health Secretary Matt Hancock is quoted in The Guardian as saying. Hancock, said that the new PHE data “clearly vindicated” Britain’s approach of giving doses to older age groups.

“So I absolutely hope that right around the world, people study these data and understand what they mean, which is that getting the Oxford/AstraZeneca jab or getting the Pfizer jab is the right thing to do. And it could save your life.”

BBC News reports that Professor Jonathan Van-Tam, the UK's deputy chief medical officer said the judgement made by the UK authorities was that it was simply "not plausible" the vaccine would only work on younger adults. He said other countries would doubtless be "very interested" in the data coming out of the UK.

Canada's immunisation commission had, prior to the release of the PHE study, advised against giving the AstraZeneca vaccine to over-65s, saying clinical trial data for that age group was too limited. In January, French President Emmanuel Macron said the AstraZeneca vaccine was "quasi-ineffective" for older age groups – a claim strongly rejected at the time by the UK officials and scientists. But after a European Council meeting, he said: "If this is the vaccine I'm offered, obviously I would take it."

Some French doctors had spurned the vaccine, citing initial side-effects in some people and trial data suggesting it offered minimal protection against mild disease from the South African COVID variant, though the developer said it still protects against severe disease.

Facebook
Twitter
WhatsApp
Linkedin
Email
Previous articleStatins found to have no effect on muscle pain in placebo trial
Next articleMkhize: 1.1m health care workers will be inoculated by end March