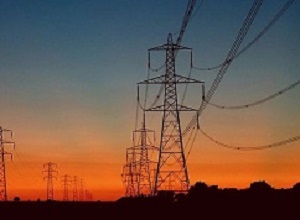 A Kaiser Permanente study of real-world exposure to non-ionising radiation from magnetic fields in pregnant women found a 2.5 times higher rate of miscarriage.

Non-ionising radiation from magnetic fields is produced when electric devices are in use and electricity is flowing. It can be generated by a number of environmental sources, including electric appliances, power lines and transformers, wireless devices and wireless networks. Humans are exposed to magnetic fields via close proximity to these sources while they are in use.

While the health hazards from ionising radiation are well-established and include radiation sickness, cancer and genetic damage, the evidence of health risks to humans from non-ionising radiation remains limited, said Dr De-Kun Li, principal investigator of the study and a reproductive and perinatal epidemiologist at the Kaiser Permanente division of research in Oakland, California.

"Few studies have been able to accurately measure exposure to magnetic field non-ionising radiation," Li said. "In addition, due to the current lack of research on this subject, we don't know the biological threshold beyond which problems may develop, and we also don't yet understand the possible mechanisms for increased risks."

In the study funded by the National Institute of Environmental Health Sciences, researchers asked women over age 18 with confirmed pregnancies to wear a small (a bit larger than a deck of cards) magnetic-field monitoring device for 24 hours. Participants also kept a diary of their activities on that day, and were interviewed in person to better control for possible confounding factors, as well as how typical their activities were on the monitoring day. Researchers controlled for multiple variables known to influence the risk of miscarriage, including nausea/vomiting, past history of miscarriage, alcohol use, caffeine intake, and maternal fever and infections.

Objective magnetic field measurements and pregnancy outcomes were obtained for 913 pregnant women, all members of Kaiser Permanente Northern California. Miscarriage occurred in 10.4% of the women with the lowest measured exposure level (1st quartile) of magnetic field non-ionising radiation on a typical day, and in 24.2% of the women with the higher measured exposure level (2nd, 3rd and 4th quartiles), a nearly three times higher relative risk. The rate of miscarriage reported in the general population is between 10% and 15%, Li said. "This study provides evidence from a human population that magnetic field non-ionising radiation could have adverse biological impacts on human health," he said.

Strengths of this study, Li noted, included that researchers used an objective measuring device and studied a short-term outcome (miscarriage) rather than one that will occur years or decades later, such as cancer or autoimmune diseases. The study's main limitation is that it was not feasible for researchers to ask participants to carry the measuring device throughout pregnancy.

Li noted that the potential health risk of magnetic-field non-ionising radiation needs more research. "We hope that the finding from this study will stimulate much-needed additional studies into the potential environmental hazards to human health, including the health of pregnant women."

Abstract
Magnetic field (MF) non-ionizing radiation is widespread and everyone is exposed to some degree. This prospective cohort study of 913 pregnant women examined the association between high MF exposure and miscarriage risk. Cox (proportional hazards) regression was used to examine the association. After controlling for multiple other factors, women who were exposed to higher MF levels had 2.72 times the risk of miscarriage (hazard ratio = 2.72, 95% CI: 1.42–5.19) than those with lower MF exposure. The increased risk of miscarriage associated with high MF was consistently observed regardless of the sources of high MF. The association was much stronger if MF was measured on a typical day of participants’ pregnancies. The finding also demonstrated that accurate measurement of MF exposure is vital for examining MF health effects. This study provides fresh evidence, directly from a human population, that MF non-ionizing radiation could have adverse biological impacts on human health.