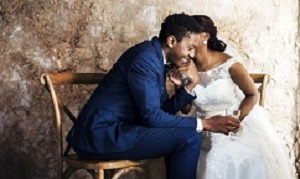 Marriage may lower the risk of developing dementia, concludes a 15-study meta-analysis involving 800,000 participants. Lifelong singletons and widowers are at 42% higher risk of developing the disease, the findings indicate, although single status may no longer be quite the health hazard it once seemed to be, the researchers at University College London, Camden and Islington NHS Foundation Trust, London, and INSERM U 1018, Villejuif, France, acknowledge.

They base their findings on data from 15 relevant studies published up to the end of 2016. These looked at the potential role of marital status on dementia risk, and involved more than 800,000 participants from Europe, North and South America, and Asia.

Married people accounted for between 28% and 80% of people in the included studies; the widowed made up between around 8% and 48%; the divorced between 0% and 16%; and lifelong singletons between 0% and 32.5%.

Pooled analysis of the data showed that compared with those who were married, lifelong singletons were 42% more likely to develop dementia, after taking account of age and sex. Part of this risk might be explained by poorer physical health among lifelong single people, suggest the researchers.

However, the most recent studies, which included people born after 1927, indicated a risk of 24%, which suggests that this may have lessened over time, although it is not clear why, say the researchers.

The widowed were 20% more likely to develop dementia than married people, although the strength of this association was somewhat weakened when educational attainment was factored in. But bereavement is likely to boost stress levels, which have been associated with impaired nerve signalling and cognitive abilities, the researchers note.

No such associations were found for those who had divorced their partners, although this may partly be down to the smaller numbers of people of this status included in the studies, the researchers point out. But the lower risk among married people persisted even after further more detailed analysis, which, the researchers suggest, reflects “the robustness of the findings.”

These findings are based on observational studies so no firm conclusions about cause and effect can be drawn, and the researchers point to several caveats, including the design of some of the included studies, and the lack of information on the duration of widowhood or divorce.

Nevertheless, they proffer several explanations for the associations they found. Marriage may help both partners to have healthier lifestyles, including exercising more, eating a healthy diet, and smoking and drinking less, all of which have been associated with lower risk of dementia.

Couples may also have more opportunities for social engagement than single people–a factor that has been linked to better health and lower dementia risk, they suggest.

In a linked editorial, Christopher Chen and Vincent Mok, of, respectively, the National University of Singapore and the Chinese University of Hong Kong, suggest that should marital status be added to the list of modifiable risk factors for dementia, “the challenge remains as to how these observations can be translated into effective means of dementia prevention.”

The discovery of potentially modifiable risk factors doesn’t mean that dementia can easily be prevented, they emphasise.

“Therefore, ways of destigmatising dementia and producing dementia-friendly communities more accepting and embracing of the kinds of disruptions that dementia can produce should progress alongside biomedical and public health programmes,” they conclude.

Abstract
Background: Being married is associated with healthier lifestyle behaviours and lower mortality and may reduce risk for dementia due to life-course factors. We conducted a systematic review and meta-analysis of studies of the association between marital status and the risk of developing dementia.
Methods: We searched medical databases and contacted experts in the field for relevant studies reporting the relationship, adjusted for age and sex, between marital status and dementia. We rated methodological quality and conducted random-effects meta-analyses to summarise relative risks of being widowed, divorced or lifelong single, compared with being married. Secondary stratified analyses with meta-regression examined the impact of clinical and social context and study methodology on findings.
Results: We included 15 studies with 812 047 participants. Compared with those who are married, lifelong single (relative risk=1.42 (95% CI 1.07 to 1.90)) and widowed (1.20 (1.02 to 1.41)) people have elevated risk of dementia. We did not find an association in divorced people.
Further analyses showed that less education partially confounds the risk in widowhood and worse physical health the elevated risk in lifelong single people. Compared with studies that used clinical registers for ascertaining dementia diagnoses, those which clinically examined all participants found higher risk for being unmarried.
Conclusions: Being married is associated with reduced risk of dementia than widowed and lifelong single people, who are also underdiagnosed in routine clinical practice. Dementia prevention in unmarried people should focus on education and physical health and should consider the possible effect of social engagement as a modifiable risk factor.

Facebook
Twitter
WhatsApp
Linkedin
Email
Previous articleStatins cut peripheral artery disease mortality, even when started long after diagnosis
Next articleSA can rebuild its health systems from the bottom up