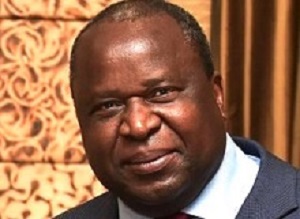 One of the tasks confronting the new finance minister, Tito Mboweni, will be to puncture the balloon of fantasy surrounding the national health insurance (NHI) system envisaged by the ANC government, writes John Kane-Berman, a policy fellow at the Institute of Race Relations (IRR), on the Politicsweb site.

Kane-Berman says that part of the fantasy is that the country can afford what the Health Minister, Aaron Motsoaledi, characterises as a "giant state-run medical aid." He says Motsoaledi brushes aside questions about costs, saying the National Treasury will have to find the money.

And, Kane-Berman writes, President Cyril Ramaphosa shares his health minister's attitude. Addressing a recent meeting on the NHI, Ramaphosa said that some people had been "quick to dismiss it as an unaffordable dream". Ignoring the warnings of the Davis Tax Committee, as well as those of various other organisations, Ramaphosa chose instead to say that "Nobel Laureate Amartya Sen vehemently disagreed" with this view. When properly designed and managed, NHI was affordable, Sen had said, and "we are determined" to prove him "correct".

Kane-Berman says that Amartya Sen may or may not be aware of it, but the failings of South African public health care far outweigh its successes, even the success in combating HIV/Aids. Moreover, the wider failings of the state show that the ANC government is incapable of "designing and managing" its new Leviathan.

The failings of public health care, with an analysis of the NHI proposals, were set out last month in a submission by the IRR to the national Health Department.

Unfortunately, however, Kane-Berman writes, the NHI is only partly about health care. It is also "the equalizer between rich and poor", according to the health minister, who is angry that "private hospitals came to the fore with whites running away from public health facilities". Moreover, according to Ramaphosa, NHI is "also fundamentally about social justice". These are beguiling ideas which signal virtue and put sceptics off side.

But, as often happens when governments claim to be pursuing equality, he says they are a cloak for the assumption of more power. Promising a "massive re-organisation" of the current "two-tier" health system, the health minister will become an autocrat with greater power than any of his colleagues. Among other things, he will decide on the services to be covered by NHI, on the fees to be paid to doctors and other providers, on the medicines to be prescribed, on the blood tests to be allowed, on the medical equipment to be used, on the new health technologies to be permitted, and on the prices to be paid for every item from painkillers to sutures to CAT scanners. In the process he will create chaos and despair, undermine the private medical aid industry, and cause more health professionals to emigrate. The ratio of patients to doctors will increase.

Thanks to the new bureaucracy, the ratio of ANC cadres to doctors will also increase. Ramaphosa says "we are determined to overcome our racialised two-tiered health system". In this he will fail. Instead, the barrier between the "two tiers" will simply shift upwards as medical aids are put out of business, so that only those rich enough to pay the full costs of private care will have access to it, flying to other countries to obtain it if necessary (as Robert Mugabe does).

Kane-Berman writes that as for "social justice" and equality, this would have been achieved by equalising downwards. Instead of finding ways to improve the public health care system so that it can rival the private system, the ANC would have spread the lower standards of public health care much more widely. In the name of "equality" and "social justice", it would have appropriated increased power, but power that is better able to destroy than to build. It would have enlarged the state at the expense of the private sector.

It would also have struck a blow against the middle class, who are the main users of medical aid. Whites (and others) with the temerity to avoid public health facilities would have been forced back into them. And the ANC would have notched up another ideological gain in its class and race war.

Facebook
Twitter
WhatsApp
Linkedin
Email
Previous articleBoycotting nursing students: 'The problem is not with us…'
Next articleBowel cancer in younger women linked to obesity