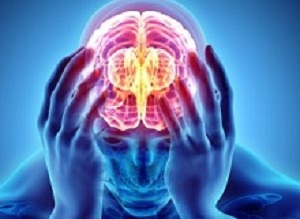 Migraines were a significant risk factor for Alzheimer's Disease and all‐cause dementia, according to a Canadian five-year prospective cohort study.

Identifying a mid-life risk factor for dementia, such as migraines, will allow for earlier detection of at-risk individuals. It may also help improve researchers' understanding of the biology of Alzheimer's disease and dementia.

"We don't yet have any way to cure Alzheimer's disease, so prevention is key," said senior author Dr Suzanne L Tyas, of the University of Waterloo, in Canada. "Identifying a link to migraines provides us with a rationale to guide new strategies to prevent Alzheimer's disease."

Abstract
Objectives: Dementia is the most common neurological disease in older adults; headaches, including migraines, are the most common neurological disorder across all ages. The objective of this study was to explore the relationship between migraines and dementia, including Alzheimer's disease (AD) and vascular dementia (VaD).
Methods: Analyses were based on 679 community‐dwelling participants 65+ years from the Manitoba Study of Health and Aging, a population‐based, prospective cohort study. Participants screened as cognitively intact at baseline had complete data on migraine history and all covariates at baseline and were assessed for cognitive outcomes (all‐cause dementia, AD, and VaD) 5 years later. The association of exposure (lifetime history of migraines), confounding (age, gender, education, and depression), and intervening variables (hypertension, myocardial infarction, other heart conditions, stroke, and diabetes) with all‐cause dementia and dementia subtypes (AD and VaD) was assessed using multiple logistic regression models.
Results: A history of migraines was significantly associated with both all‐cause dementia (odds ratio [OR]=2.97; 95% confidence interval [CI]=1.25‐6.61) and AD (OR=4.22; 95% CI=1.59‐10.42), even after adjustment for confounding and intervening variables. Migraines were not significantly associated with VaD either before (OR=1.83; 95% CI=0.39‐8.52) or after (OR=1.52; 95% CI=0.20‐7.23) such adjustment.
Conclusions: Migraines were a significant risk factor for AD and all‐cause dementia. Despite the vascular mechanisms involved in migraine physiology, migraines were not significantly associated with VaD in this study. Recognition of the long‐term detrimental consequences of migraines for AD and dementia has implications for migraine management, as well as for our understanding of AD etiology.