Minimum price for alcohol could save thousands of SA lives – Research 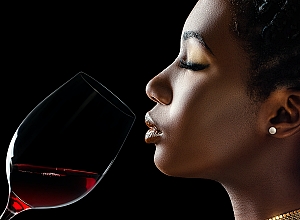 Another study into minimum pricing of alcohol in South Africa, published in BMJ Open, has found that a minimum unit price (MUP) of R10 per standard drink could save more than 20,000 lives a year, reports MedicalBrief. Last month University of Cape Town research calculated that a R10 MUP could cut alcohol use by 21.8% in heavy-drinking households.

BusinessTech reported on a study conducted by researchers at the University of Sheffield and the University of Glascowin the United Kingdom, and the Alcohol, Tobacco and Other Drugs Research Unit at the South African Medical Research Council, published in BMJ Open – the British Medical Journal – on 9 August 2021.

It showed that increasing the minimum price of alcohol would effectively reduce consumption in this nation of heavy drinkers. According to BusinessTech, the report considered studies and regulations from countries that have introduced minimum unit pricing.

The story continues: MUP is a policy where a legal floor price is introduced, below which a fixed volume of ethanol cannot be sold to the public. It has been introduced in several areas that experience high levels of alcohol harm, including Scotland and Australia’s Northern Territory.

Evidence suggests that MUP has effectively reduced alcohol consumption, particularly among the heaviest drinkers, as they commonly drink the very cheap alcohol targeted by this policy.

However, the researchers noted that these are high-income countries, with no clear evidence of how a similar policy will work in South Africa. The researchers factored this into their modelling by splitting the population of drinkers into wealth quintiles and drinker groups – including ‘heavy’, ‘occasional’ and ‘moderate’ drinkers.

They also factored in various local sources on alcohol consumption, including homebrew, and the actual prices South Africans pay for alcohol, writes BusinessTech.

The results show that an MUP of R10 per standard drink would immediately reduce consumption by 4.40%. This would lead to 20,585 fewer deaths and 900,332 cases averted across the five health-modelled harms over 20 years.

“Consumption and harm reductions would be greater in poorer compared with richer groups. We estimate that minimum pricing is a targeted policy that has the potential to bring health and financial benefits to a country, which suffers a very high burden of alcohol-related harm.”

In January, BusinessTech continues, president Cyril Ramaphosa said that his government would look at introducing new regulations around the sale of alcohol in South Africa.

However, the opposition Democratic Alliance has highlighted that the Liquor Amendment Bill was first mooted nearly five years ago and included many of these proposed changes.

The Bill proposes several wide-reaching changes, including: increasing the drinking age to 21 years; introducing a 100-metre radius limitation of trade around educational and religious institutions; banning alcohol sales and advertising on social and small media; and introducing a new liability clause for alcohol sellers.

Western Cape premier Alan Winde has said that the province is also considering stricter rules around the sale of liquor as the province continues to combat the abuse of alcohol and its knock-on effects. He said ‘per unit of alcohol’ pricing is firmly on the table for consideration.

Speaking in his state of the province address in February, the premier said that the economic damage caused by the national ban on alcohol sales during the COVID-19 lockdown was unsustainable. However, provincial data showed clear problems with alcohol abuse.

Link to the full BusinessTech article below.

Effects of minimum unit pricing for alcohol in South Africa across different drinker groups and wealth quintiles: a modelling study

Author affiliations: University of Sheffield and University of Glascow in the United Kingdom, and the Alcohol, Tobacco and Other Drugs Research Unit at the South African Medical Research Council.

To quantify the potential impact of minimum unit pricing (MUP) for alcohol on alcohol consumption, spending and health in South Africa. We provide these estimates disaggregated by different drinker groups and wealth quintiles.

The population (aged 15+) of South Africa in 2018 stratified by drinking group and wealth quintiles, with a model time horizon of 20 years.

Poorer drinkers would see greater impacts from the policy (consumption: −7.75% in the poorest quintile, −3.19% in richest quintile). Among the heavy drinkers, 85% of the cases averted and 86% of the lives saved accrue to the bottom three wealth quintiles.

We estimate that MUP would reduce alcohol consumption in South Africa, improving health outcomes while raising retail and tax revenue. Consumption and harm reductions would be greater in poorer groups.

University of Cape Town researchers have published findings from a study investigating the feasibility of a minimum unit price on alcohol in South Africa, with the aim of reducing heavy drinking. An MUP at a level of R10.00 per standard drink could cut alcohol use by 21.8% among regular heavy-drinking households, and by lower percentages among those with more moderate consumption, wrote MedicalBrief on 14 July 2021.

The study was conducted by Professor Corné van Walbeek, director of the UCT Research Unit on the Economics of Excisable Products, and Dr Grieve Chelwa, an economist and senior lecturer in the UCT Graduate School of Business, according to a story in UCT News on 5 July 2021

Reporting their findings in the South African Medical Journal, the researchers found that if the government were to implement an MUP on alcohol products successfully and effectively, it could substantially decrease the alcohol consumption of regular heavy‑drinking households, and to a lesser extent, that of occasional heavy‑drinking and intermediate-drinking households.