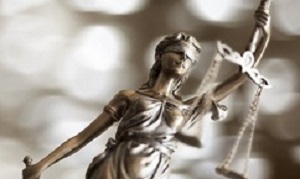 The ministers of Health and Economic Development hit back at Health Market Inquiry findings blaming the government for “inadequate stewardship” of the private sector and not doing enough to regulate private hospitals, doctors and medical aids. When government tried to regulate the sector, it was dragged to court, ministers Zweli Mkhize and Ebrahim Patel are quoted as saying, in a TimesSelect report.

A Times Select report says that the six-year-long inquiry, run by the Competition Commission, found there was “inadequate stewardship of the private sector with failures that include the department of health not using existing legislated powers to manage the private healthcare market, failing to ensure regular reviews as required by law and failing to hold regulators sufficiently accountable”. Chief Justice Sandile Ngcobo, head of the inquiry, complained that laws had not been implemented.

But, the report said, Economic Development Minister Ebrahim Patel, said at the launch of the report, that every time the health department tried to regulate the private sector, it got hauled to court. And Health Minister Zweli Mkhize, said via his spokesperson Lwazi Manzi: “Government was seen as interfering in the market … Since 2009 the departmental attempts at creating a legislative framework to protect the public were rejected or met with denials and court challenges.” The health department said it was in fact “vindicated” by the report’s findings.

The stark contrast between the dodgy workup for the proposed National Health Insurance (NHI) and the detailed, carefully considered analysis that has gone into the HMI reflects two different styles of government, writes Alex van den Heever, chair of social security systems administration and management studies at the Wits School of Governance in the Daily Maverick.

Van den Heever writes: “The one, overtly dominated by patronage politics and the other, careful, meticulous and clean – and able to combine solid technical research with painstaking consultation and high-quality engagement.

“In a nutshell, the HMI diagnostic argues, with evidence and rational argument, that the market failures of the private health system derive from a failure of the government to install a coherent regulatory framework.

He writes to date, and in the absence of any analysis, the Health Department has attempted to attack the failings of the private health system as if they are an inevitable outcome of rampant greed, the capitalist system and the commodification of healthcare. While the regulatory framework in place until now has plainly fostered problematic conduct on the part of private actors, just as the patronage system in the public sector has done the same, the question that valid representatives of the public interest had to answer was whether these outcomes are inevitable and unavoidable.

Van den Heever makes the point that the HMI has provided a responsible and reasoned answer. The private sector reflects significant market failures, which are neither inevitable nor fatal. The failures are however attributable to government failure – as are the failures of the public system. Overall, therefore, the HMI represents an example of good government and good policy.

He says the question now, is whether patronage will again triumph over the public interest. In many ways, he says, the existence of this report is a sign of a change.

In his presentation of the final report, Ngcobo, emphasised that no submission was received from the Health Department following the publication of the provisional report during July 2018. And, Nicola Theron, extraordinary professor with the Stellenbosch University department of Economics and senior MD at FTI Consulting, writes in Business Day that this sentiment was also expressed during the final seminars arranged by the panel during April 2019.

Theron writes that this is an important point, as it places the panel's recommendations in context. It noted throughout the report that the current regulatory framework is fragmented and incomplete. She notes that a careful reading of the recommendations shows that the inquiry was largely trying to fill the missing gaps in the current regulatory framework. In fact, Theron says, anyone that has closely been involved in regulatory processes in the private healthcare sector over the past number of years, will notice that the panel, in many instances, recommends a revival of some of the past initiatives which have either been abandoned or never implemented.

Theron writes that it is encouraging that the panel's final report tries to revive some of the earlier industry initiatives, albeit in a different form. It also aims to create a more effective and complete regulatory framework for the private healthcare sector. The report still has to be tabled in parliament and whether these recommendations will be implemented “as an integrated whole” remains to be seen. Theron says that it will need support from the Health Department, which has to implement and give practical form to many of the recommendations. This may take a number of years, she says, in a period where the department has already shifted its focus to the implementation of the NHI.

In an understated way, the report was brutal in its critique of the government’s handling of the health system is the view of a Business Day editorial. After this, you’d have to be particularly bullheaded – and impervious to facts – to be steaming ahead with NHI without pause, the editorial argues. Ngcobo’s panel found the reason the private health-care sector is inefficient and uncompetitive is there has been "inadequate stewardship" by the department of health, which has "not used existing legislated powers" and has failed "to hold regulators sufficiently accountable".

The editorial notes that this is a searing assessment. The public sector health system, which the government controls, is decrepit and imploding; now it seems it can’t even do the job of overseeing the private sector. Yet, under NHI, we’d supposedly entrust the whole shebang to that same government?

There are other problems the inquiry flagged for NHI. For one thing, NHI is meant to work through a single fund being set up to "buy" services from doctors and hospitals. But, the editorial points out, even in the private sector, the purchasing of medical services is hardly seamless. It argues if the medical aids can’t even get their buying right, what hope will a state-run fund have? After all, giving a state-run entity a monopoly and an open chequebook isn’t a recipe for efficiency.

Fin24 reports that speaking at the briefing, Ngcobo said a panel of experts in the areas of law and health economics found that the South African market had "high and rising" costs for healthcare and medical scheme cover, while stakeholders are not able to show associated improvements in health outcomes.

"The market is characterised by a high concentration of funders and facilities markets, disempowered and uninformed consumers [and] a general absence of value-based purchasing, practitioners who are subject to little regulation and failures of accountability at many levels," Ngcobo said. "There has been an inadequate stewardship of the private healthcare sector. This is exacerbated by the failure of the Department of Health to use existing legislation to manage the private healthcare sector market, and the failure to hold regulators sufficiently accountable."

These factors have led to the private sector being neither efficient nor "sufficiently competitive", he said. "In our view, a competitive private healthcare sector would translate to lower cost and prices and more value for money for consumers, promote innovation in the delivery and funding of healthcare," Ngcobo added.

Competition Commissioner Tembinkosi Bonakele said the Commission had "added nothing or subtracted nothing from the report", while Patel said the outcomes would be "carefully studied and read". The minister said he would hand a copy of the report to Health Minister Zweli Mkhize, who will lead the implementation of recommendations made by the panel. The report will also be tabled before Parliament.

In his closing remarks at the briefing, Patel said he hoped that players in the industry would study the recommendations made by the panel. It is possible for industry players to challenge the findings and recommendations, Bonakele added.

Meanwhile, South Africa’s two biggest medical schemes have rejected the notion of capping principal officer and trustee remuneration, which is among the recommendations made in the report. Business Day reports that the scale of principal officer and trustee remuneration has been a concern for the Council for Medical Schemes (CMS) for several years, and the latest figures are laid bare in its 2018/2019 annual report.

The regulator’s annual report shows the principal officers of Discovery Health Medical Scheme (DHMS) and the Government Employees Medical Scheme (GEMS) were the most handsomely rewarded in the industry in 2018, earning R7.64m and R5.82m respectively. DHMS is the biggest open scheme in the country and had 2.82m beneficiaries, or 31.6% of the 8.92m market at the end of 2018.

DHMS chair Neil Morrison said the scheme needed to attract and retain talent to ensure its principal officer could manage the complexities involved in such a large entity. GEMS deputy chair Millie Hlatshwayo said the scheme regularly benchmarked principal officer and trustee remuneration. “In light of the size and complexity of GEMS, the trustee remuneration policy is considered reasonable,” she said.