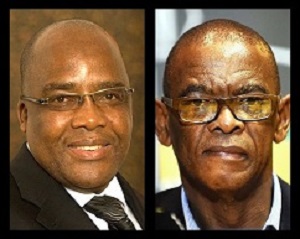 A senior former Free State Health official claims that former Health Minister Aaron Motsoaledi and ANC secretary-general Ace Magashule were bribed to facilitate the approval of a licence for CityMed Day Hospital in Bloemfontein, writes MedicalBrief. The claims, which have been rejected by Motsoaledi and Magashule, are contained in court documents related to the murder of the hospital’s CEO, Dr Louis Siemens, after he supposedly had paid various role-players R6.5m in bribes.

Both men reject the allegations. Motsoaledi, now Minister of Home Affairs, says he remains opposed to corruption and that he will co-operate with investigators. Magashule, former Premier of the Free State, said in a statement that the claims were “fake news … being peddled against me in order to tarnish my dignity and reputation in a co-ordinated and concerted effort”.

According to a City Press report, the provincial Health Department’s former legal services director, Justice Finger, claimed in an affidavit that he had been told by a friend that Magashule had been paid R5m to facilitate the approval of a licence for CityMed Day Hospital – of which Siemens was chief executive officer and shareholder. Bloemfontein businessman Stanley Bakili, who is accused of masterminding Siemens’ murder, has also claimed in an affidavit that he bribed Motsoaledi, who was Health Minister at the time, with R154 000.

In a letter classified by Counter Intelligence and dated 14 August, national Crime Intelligence boss Lieutenant-General Peter Jacobs is asked to conduct a threat assessment on Advocate Johan de Nysschen, the prosecutor handling Siemens’ case. City Press notes the letter, penned by a high-ranking official, also says: ‘A synopsis of the situation is that the matter involves senior people in government, a current serving national Minister, the former provincial Premier, MECs of health and senior managers in the same department. I plead for your immediate intervention in the murder case that has been turned into a political football as it involves the brother of a senior police officer (Major General) who is also a captain …”

An IoL reports sets out the case details. According to court papers signed by Free State NPA acting deputy director DJ Pretorius on 16 October, Siemens, a director at a private CityMed Hospital, was gunned down at Preller Plein shopping complex in Bloemfontein on 10 May. Bakili, listed as number one on the indictment, was the doctor’s business associate. Other accused were police constables Kagiso Chabane and Molebatsi Mogoera and IT technician Sizwe Mpati.

It was revealed that Siemens had applied to Free State Health seeking to alter his hospital’s operating licence to increase the number of beds. It is alleged Bakili told Siemens to pay him R650 000 for his application to be successful.

“The deceased paid this amount in cash to accused one shortly after their first meeting. Thereafter, accused one frequently demanded more monies to be paid by the deceased,” read the papers. Siemens ended up paying R6.5m and, according to papers, some of the money was shared with "various role-players". The court papers said it was not clear why Siemens had been killed, "but it was assumed the relationship soured and the deceased became reluctant to make further payments". "Whether the deceased threatened to spill the beans is pure speculation, but what is clear is that accused one and six considered the deceased to be a threat and they have decided to eliminate the deceased," the indictment read. The state has 52 witnesses.