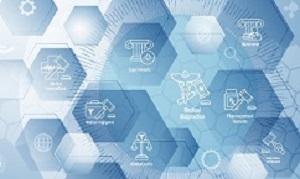 As provincial health departments try to claw back a R98bn national medico-legal bill, and amid doctor alarm over warnings that they could be held personally liable for damages, a deafening silence in the NHI Bill on medico-legal liability is fuelling uncertainty, writes Chris Bateman, former news editor of the SA Medical Journal, in MedicalBrief. The only solution may be medical malpractice public-private partnership to reduce the state’s medico-legal exposure and improve health care outcomes.

Bateman, in an analysis for the medico-legal insurer EthiQal, writes:

With the draft NHI Bill silent on an estimated R98 billion in state medico-legal claims, public sector doctorsare deeply unsettled by a recent warning from the Gauteng Department of Healththat they could be held liable in their personal capacities for damages claimed as a result of patient harm.

This follows several provinces in recent months starting to invoice individual hospitals for the costs of settled legal claims relating to their facilities. Malpractice claims account for nearly half of the Gauteng Health Department’s annual budget.

One of the more successful contracted forensic consortiums has managed to claw back R1,4 billion of R2 billion in plaintiff claims so far, but this is an unreliable indicator of how much of the R98 billion bill will eventually be trimmed back.

Alarm over the Gauteng Health circular

The controversial circular sent out on 7 August 2019, and signed by Gauteng Health Department Head Professor Matt Lukhele, warns state healthcare facility CEOs and managers that their staff could be held liable if they fail to follow strict state medical protocols. Lukhele says that if an employee acts outside the course or scope of their employment, or deviates from norms and standard procedures, the department will investigate. Should they be found negligent, they’ll be held individually accountable.

This is a deviation from past practice where the state, or relevant provincial health departments, stood surety for what are generically labelled ‘adverse events’. Doctors in high-risk specialties like neurosurgery, obstetrics and gynaecology (the latter incumbents sometimes paying more than R1 million per annum in health risk indemnity insurance premiums in the private sector), stand to be most exposed under an NHI regime.

The Gauteng circular has fuelled existing debate over public healthcare system dysfunction and the widespread lack of appropriate and/or sufficient equipment. With an NHI conceivably fully implemented in six years’ time, and embracing both healthcare sectors, the fears of doctors are mounting in what appears to be a current indemnity vacuum.

With an increasing trend towards public-private partnerships in healthcare delivery – such as the Wits Donald Gordan Medical Centreor the University of Cape Town Private Hospital– doctors say the deafening silence in the NHI Bill on just where medico-legal liability will rest, fuels uncertainty. However, lawyers for private indemnifiers have offered some reassurance, even while several private clinical collectives seek senior counsel’s legal advice.

JP Ellis, Head of Legal for EthiQal, a local provider of professional healthcare indemnity cover,says legal recovery action against individual employees of the state would be extremely difficult.

“Vicarious liability is an established principle in law, dependent on the employee/employer relationship. The only recognised exceptions that I know of is where employees go on a ‘frolic of their own’, meaning a deviation in conduct so severe that the employee is pursuing an objective which is different from the employer’s. The conduct would have to be reckless, wilful or malicious.

“Even if the employee disobeys a standing instruction or conventional protocol, but is pursuing the objective of the Department of Health in treating a patient, it can hardly be characterised as a deviation from the interests of the employer. Moreover, it will require an amendment to Regulation 12 of the treasury regulations in relation to the indemnity given to their employees,” he says.

Dr Tony Behrman, consultant to the London-based Medical Protection Society, with 30 000 members in South Africa, says of the NHI Bill’s silence on medical indemnity: “We’re very interested to hear what the indemnity/insurance arrangements are for NHI-funded patients treated in the private sector, and NHI-funded patients treated by private practitioners in the state sector.

The currently-stalled State Liability Bill, borne of two medico-legal summits and brainstorming among stakeholders dating back to January 2015, plus recommendations by the State Law Reform Commission, strives to limit the amount of compensation a claimant can derive from the state when successfully claiming negligence.

However, it’s unclear just where responsibility for indemnity would lie. This is crucial to both healthcare practitioners and patients and thus a bone of contention, given the backdrop of a seriously overstretched public healthcare system and fast-rising legal claims.

Dr David Bass, senior legal advisor to the Western Cape Health Department, arguably in the healthiest medico-legal position among provinces, stresses: “The only effective way to cap medical malpractice litigation and its financial implications, is to reduce preventable clinical error at service level.

“This, in turn, requires rehabilitation of distressed services and the highest possible level of accountability at all levels of management and clinical oversight throughout. Compared with this priority, all legal strategies, which too often occupy centre-stage, effectively amount to damage control, nothing more.”

The Davis Tax Commissionreport recommended a financial bill parallel to the NHI Bill, outlining exactly where funding will come from and taking account of the widening gap between economic growth realities and the ambitious NHI economic growth modelling assumptions.

The Office of Healthcare Standards Compliance is due to introduce an early warning system where all adverse events are reported within 24 hours, and is looking into creating a public protector to probe alleged medical negligence and protect patients suffering damage during the delay between an adverse event and a litigated payout.

Dr Bettina Taylor, Head of Clinical Risk at EthiQal, says there are creative solutions to protect both doctors and patients, but currently, liability is poorly defined and increasingly blurred by the incoming NHI.

“We want to create certainty for our doctors and protect them, no matter what the financing and employment model looks like,” she said, adding that doctors are a national asset that the country can ill-afford to lose to other countries or professions, given how critical they are to any system facilitating universal health coverage. She said the threshold to discontinue practice was being lowered by the rising uncertainty.

Dr Angelique Coetzee, chairperson of the SA Medical Association (SAMA), concurs with Bass “The NHI bill won’t build the delivery infrastructure – it’s a health financing system. I don’t think the timeline is reasonable for us to get the primary healthcare infrastructure right.

“We have to hold the National Department of Health accountable for delivering primary healthcare – ordinary doctors in both sectors can help them do that. They must not wait to be told what to do. Once we get the trust right in seeing the Department of Health coming to the party, and we see money being used properly, things will improve drastically.”

She revealed that SAMA was working with the Steve Biko Centre for BioEthicsat the University of the Witwatersrandin setting up a medico-legal mediation vehicle for the public sector.

The Presidential Compact on Primary Healthcare Delivery, started under former Health Minister Dr Aaron Motsoaledi, and its ‘NHI war room’ run by former Health Director General and advisor on health to President Cyril Ramaphosa, Dr Olive Shisana, is where challenges around correct support for, and servicing of, doctors are being thrashed out.

[link url="https://www.medicalbrief.co.za/archives/state-healthcare-workers-may-targeted-pay-back-negligence-claims/"]MedicalBrief Focus: State healthcare workers may be targeted to pay back negligence claims on report[/link]