NHI not a moral debate — it’s a maths problem 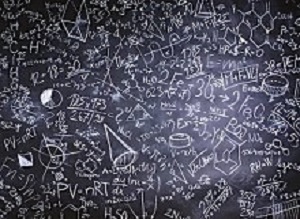 The NHI is not a moral problem, it's simply a maths problem, according to an analysis in BizNews. And the bottom line is that the numbers don't add up.

David Drew does some number-crunching for BizNews:

Currently, the private medical industry and public health service spend similar amounts per annum. The now ex-Health Minister said that government spends 4.1% of GDP on Health and the private sector 4.4%, but based on the latest GPD figures from StatsSA, this estimate exceeds the official Treasury 2019/20 health budget of R163bn by around R40bn.

As such I have to assume that the total health care spend ( including out of pocket expenses ) is between R330-R400bn/year, with the private medical care exceeding public spending by a few percent. Of course the key is the R/person spend and all agree that public health care spending covers far more people than the private schemes.

Again the estimates vary from around 14-16% (Health Minister, Competition Commission ) to between 20-25% (Africa Check). If we accept the population estimate of around 56 million people in South Africa currently and choose a mid-point of the estimates above, this allows us to calculate an approximate spend.

Now clearly some may argue that private medical aid exceeds the standard that we aim to provide under NHI, but at the very least NHI claims to be able to cover the prescribed minimum benefits (PMBs) as currently defined for private medical aids. I would argue that most would expect MORE from NHI than just PMB’s and the NHI white paper actually suggests that they “include other services” beyond those covered by medical aids and eliminate out of pocket expenses, but let’s assume that this is the absolute minimum.

How much of our medical aid contributions go to cover PMB’s is difficult to determine, but in 2016 the Competition Commission estimated the cost at R608/per beneficiary per month for 2015 and increasing at about 2 to 3 times CPI. This would put the 2019 cost at around R950 per month or about 60% of the cost of private health care.

Now if we assume that public health care can deliver the same efficiency as the private system, which even if we build in the cost / profit of medical aid administrators is a bold assumption, the math suggests that government would need to AT LEAST be spending about R1,000 per person per month for the approximately 46 million people currently relying on the public health system. This works out at around R550bn/year.

Although combined with private spend this only around 15% of GPD (which is not unusual in global terms ), this is more than three times the current Health budget and more than 40% of the total tax collected by SARS annually.

Clearly many will opt out of private medical aid if this scenario ever became a fully funded reality, but let’s exclude them for now because they are currently covering their own costs in one way or another. So at the very least we need approximately R390bn more for the public health system to cover PMB’s.

So where could this extra R390bn come from? Well clearly it needs to come from one form of tax or another – Personal Income Tax, VAT and Company tax which make up 80% of our taxes collected. As per Treasury, the estimated collections from Corporate income tax in 2019/20 is only R218bn, so we would need to more than DOUBLE corporate income taxes to raise this. VAT isn’t much better, with an estimated R325bn in 2019/20. Basic maths suggests that even with VAT raised to 20% we would only raise around R100bn more per year and clearly that isn’t going to happen.

So more than likely the burden will be expected to fall on personal income tax which in 2019/20 should be just short of R500bn/year.
To give some context to the practical realities of the problem, consider that Southern Africa Labour and Development Research Unit (SALDRU) recently published that a household after tax income of just R7,313/month puts you in richest 10% of all South Africans and R48,753 puts you in the top 1%. In terms of taxes Africa Check recently confirmed public statements that suggested that as much as 80% of personal income tax is paid by as few as 1.9 million people (3.3% of the population).

So if we assume that this same ratio would apply to this additional funding requirement, (i.e. 80% must be paid by around 1.9 million people ) then we can calculate that on average this would mean an average of around R164,000 more personal tax per tax payer per year or round R13,600 per month. In the context that 70% of these 1.9 million tax payers have an estimated take home monthly income of LESS than R48,753 per month, per house hold, it’s easy to see that this is simply not possible. Clearly in a progressive tax environment the burden on the poorest of this 3.3% would be lower than R13,600 per month, but equally the individual burden on the richest would be many times higher.

Simply put, to recover all of this additional funding from personal income tax would mean an average of 78% increase from what in global terms are already extremely high marginal tax rates.

The inconvenient truth is that even with the most conservative assumptions, we simply don’t have the tax base to support the promise that has been tabled.

+ David Drew is a Chemical Engineer and a Director of Silaxco