NHS calls for blacklisting of homeopathy in UK 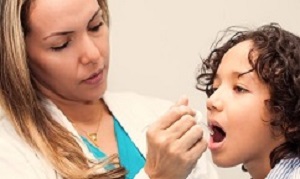 National Health Service (NHS) leaders in the UK have gone to war on homeopathy by attempting to have the practice blacklisted amid fears it is fuelling anti-vax propaganda. The Daily Telegraph reports that the CEO Simon Stevens and medical director Professor Stephen Powis of NHS England have written to the Professional Standards Authority (PSA), the statutory body that oversees healthcare regulation, urging it to strip accreditation from the Society of Homeopaths (SoH). They argue that endorsing the society affords it a “veneer of credibility” that lures vulnerable patients towards “bogus treatments”. In particular, the health chiefs accuse homeopaths of propagating “mis-information” about vaccines.

The report says it follows the release of a major report which showed the uptake o pre-school vaccines is declining in the UK.

The SoH is the professional body of around 1,000 registered homeopaths, imposing a code of conduct and setting educational standards. The report says in April the PSA controversially renewed the society’s accreditation, despite accusations that its rules are not sufficiently strict to prevent members touting “cures” for autism. The decision has provoked a judicial review action from the Good Thinking Society, an “anti-quack” pressure group, which is expected to be heard in the coming weeks.

The report says homeopathy on the NHS was banned completely in 2017. Stevens said: “Anything that gives homeopathy a veneer of credibility risks chancers being able to con more people into parting with their hard-earned cash in return for bogus treatments which at best do nothing, and at worst can be potentially dangerous. Whether touted as a miracle cure or as protection from serious diseases – like so-called homeopathic vaccines – homeopathy is no replacement for rigorously tried and tested medical treatments delivered or prescribed by properly-qualified professionals, and by stopping people seeking expert help, misinformation and ineffective remedies pose a significant risk to people’s health.”

The report says his letter points out that both the NHS and the National Institute for Health and Care Excellence (Nice), take the position that homeopathic remedies are not scientifically valid. Of particular concern to critics is the SoH’s position on so-called “CEASE” therapy – standing for “Complete Elimination of Autistic Spectrum Expression” – unproven treatments that falsely imply there is a cure for autism. Unproven treatments for autism are often promoted hand-in-hand with the disproven allegation that traditional vaccines cause the disorder.

A carefully worded position statement on the society’s website says members may refer to CEASE in their marketing but must not tell patients they are able to cure autism, the report says. Michael Marshall, from the Good Thinking Society, said: “Members of the Society of Homeopaths are offering CEASE therapy, and in doing so are spreading the false and potentially dangerous notion that vaccines are unsafe, and that autism can be ‘cured’ by alternative medicine.”

The report says the latest UK National Audit Office report found the NHS is failing to meet its uptake targets for six out of seven key pre-school vaccines. However, the findings suggest fragmented services and difficulty accessing GPs was at least as much to blame as anti-vax propaganda.

A SoH spokesperson said in the report: “The Society of Homeopaths are continuing to develop and uphold our professional standards, as we have done for the last 40 years. The Society does not endorse any aspects of any therapy contrary to NHS guidance, in particular on vaccination.”