NICD rebuts research claiming an outbreak of MDR-TB in SA 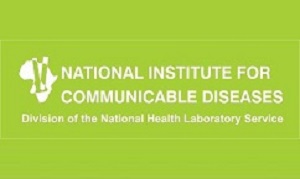 The SA National Institute for Communicable Diseases (NICD) says it “does not support” the findings of a research study reporting an outbreak of multi-drug resistant tuberculosis (MDR-TB), which has raised concerns locally and internationally. The study by the National Health Laboratory Service, the, Sefako Makgatho Health Sciences University, Pretoria, and the University of Antwerp, cast doubt on the ability of SA to detect and respond to MDR-TB.

South Africa features amongst the top 30 countries with the highest burden of tuberculosis (TB) as well as drug-resistant and HIV associated TB. Major efforts have been made by the national TB programme to contain the spread and impact of the disease by using the latest diagnostic tools and treatment options. In addition, there has been a major expansion of the antiretroviral programme, which has impacted positively on reducing new cases of TB.

A research study led by Emmanuel André at the KU Leuven, and Kdivhuho Makhado at the National Health Laboratory Service–Dr George Mukhari Tertiary Laboratory, Pretoria, the, Sefako Makgatho Health Sciences University, Pretoria, the Institute of Tropical Medicine – Antwerp and the Global Health Institute, University of Antwerp, reported an “outbreak” of multi-drug resistant TB which has raised concerns locally and internationally and warrants clarification. The study was performed on cultured isolates of Mycobacterium tuberculosis from people with TB who presented to health facilities serviced by a single laboratory between 2013 and 2016.

This uncommon mutation is not included as a priority target to be detected by regulatory approved tests that are available for TB diagnosis. When strains are resistant to isoniazid, and resistant to rifampicin using approved diagnostic methods, the strain is ‘multi-drug-resistant’ and standard TB treatment is likely to fail.

The National Institute for Communicable Diseases (NICD) does not support the findings of the paper by Makhado.

The SA TB Drug Resistance Survey was designed to provide population-representative country data and was conducted by the NICD, a division of the National Health Laboratory Service (NHLS), in partnership with the Department of Health (DoH) with support from the World Health Organisation. In addition to the standard methods, the NICD used ‘state of the art’ molecular tests (next-generation sequencing technology), which are capable of detecting these rare mutations.

Isolates from Gauteng and KwaZulu-Natal were tested and the 491 mutation was found in only 0.1% of TB patients (1/1535) in these provinces. Thus, based on NICD/NHLS surveillance, the risk of the 491 mutation is very low. The NICD also tested an additional 140 survey isolates with isoniazid mono-resistance from provinces in close proximity to Swaziland, and failed to identify the 491 mutation. Ongoing surveillance data has also corroborated these findings.

Concerns that these strains are clustered (grouped in time and location) and are therefore an ‘outbreak’ and are linked to strains in Swaziland, is not completely accurate. Clustering in a country like South Africa with a high burden of TB is common. Further, the researchers do not provide information on the geographical location of patients, nor dates on which isolates were obtained. Therefore, their findings cannot be classified as an outbreak. The small number of cases spread in time over 4 years also makes the possibility of an outbreak less likely.

The South African drug-resistance survey took place over the same time period as the Makhado study and used more extensive and a more systematic sampling methodology. Therefore, it would have detected an outbreak if it existed.

In summary, the findings of the Makhado study are not generalisable. Based on robust surveillance in place for South Africa, these unusual mutations are uncommon. The TB diagnostic and drug-resistance testing that is currently used is appropriate. Further, the NICD/NHLS has ongoing sentinel TB surveillance in several districts in SA and will continue to monitor the situation.

The NICD/NHLS together with NDoH has further instituted an investigation seeking to expand on the current findings. The full complement of patients in this study and not just the subset they reported will be investigated to fully understand the extent of the suspected “outbreak”.

South Africa is recognised as a global leader implementing evidence-based policies for TB and HIV for controlling these epidemics and will carefully review the recent findings and ensure an appropriate public health response.

Abstract
Global roll-out of rapid molecular assays is revolutionising the diagnosis of rifampicin resistance, predictive of multidrug-resistance, in tuberculosis. However, 30% of the multidrug-resistant (MDR) strains in an eSwatini study harboured the Ile491Phe mutation in the rpoB gene, which is associated with poor rifampicin-based treatment outcomes but is missed by commercial molecular assays or scored as susceptible by phenotypic drug-susceptibility testing deployed in South Africa. We evaluated the presence of Ile491Phe among South African tuberculosis isolates reported as isoniazid-monoresistant according to current national testing algorithms.
Methods: We screened records of 37 644 Mycobacterium tuberculosis positive cultures from four South African provinces, diagnosed at the National Health Laboratory Service–Dr George Mukhari Tertiary Laboratory, to identify isolates with rifampicin sensitivity and isoniazid resistance according to Xpert MTB/RIF, GenoType MTBDRplus, and BACTEC MGIT 960. Of 1823 isolates that met these criteria, 277 were randomly selected and screened for Ile491Phe with multiplex allele-specific PCR and Sanger sequencing of rpoB. Ile491Phe-positive strains (as well as 17 Ile491Phe-bearing isolates from the eSwatini study) were then tested by Deeplex-MycTB deep sequencing and whole-genome sequencing to evaluate their patterns of extensive resistance, transmission, and evolution.
Findings: Ile491Phe was identified in 37 (15%) of 249 samples with valid multiplex allele-specific PCR and sequencing results, thus reclassifying them as MDR. All 37 isolates were additionally identified as genotypically resistant to all first-line drugs by Deeplex-MycTB. Six of the South African isolates harboured four distinct mutations potentially associated with decreased bedaquiline sensitivity. Consistent with Deeplex-MycTB genotypic profiles, whole-genome sequencing revealed concurrent silent spread in South Africa of a MDR tuberculosis strain lineage extending from the eSwatini outbreak and at least another independently emerged Ile491Phe-bearing lineage. Whole-genome sequencing further suggested acquisition of mechanisms compensating for the Ile491Phe fitness cost, and of additional bedaquiline resistance following the introduction of this drug in South Africa.
Interpretation: A substantial number of MDR tuberculosis cases harbouring the Ile491Phe mutation in the rpoB gene in South Africa are missed by current diagnostic strategies, resulting in ineffective first-line treatment, continued amplification of drug resistance, and concurrent silent spread in the community.