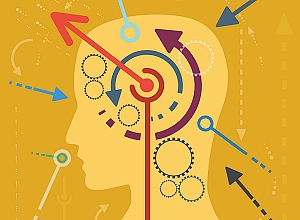 A systematic review of randomised controlled trials has found evidence that non-invasive brain stimulation may reduce smoking frequency – the number of cigarettes per day – in nicotine-dependent smokers. The study by an international team of researchers was published last week in the journal Addiction.

This is according to material produced by the Society for the Study of Addiction and published on 4 August 2021. The material runs below, along with the Addiction abstract. The researchers are from Taiwan, the United Kingdom, Australia and Brazil.

Because nicotine can produce neuroadaptations in the brain that make it hard to quit smoking, researchers have sought ways to treat nicotine dependence with non-invasive brain stimulation (NIBS) techniques that counteract abnormal brain activity associated with chronic nicotine exposure.

The review looked at 12 randomised controlled trials of NIBS methods on a combined total of 710 participants with nicotine dependence. It used a network meta-analysis technique to compare the benefits and safety of various types of NIBS.

Interestingly, none of the investigated NIBS appeared to reduce the severity of either craving or nicotine dependence, compared with the control groups. It may be that enhancement of DLPFC activity increases dopamine release, counterbalances the reward system, and helps patients cope with unaffected craving and withdrawal symptoms.

None of the investigated NIBS was associated with dropout rates significantly different from those of the control groups, suggesting that these kinds of treatments are well tolerated.

Over time, chronic nicotine exposure causes the brain to produce more receptors to handle the increased brain activity. When nicotine levels drop, such as when a smoker tries to quit, activity in the brain's reward system decreases, causing withdrawal symptoms that encourage continued smoking.

Published in the journal Addiction on 4 August 2021.

We investigated the efficacy and acceptability of NIBS in managing smoking cessation through a systematic review and network meta-analysis (NMA).

We conducted a systematic review to identify randomized controlled trials (RCTs) that investigated the efficacy of NIBS for smoking cessation. All pairwise meta-analyses and NMA procedures were conducted using random-effects and frequentist models.

The co-primary outcomes were (1) the change in number of cigarettes smoked per day (change in frequency of smoking) in patients with nicotine dependence after NIBS and (2) acceptability (the dropout rate).

The effect sizes for co-primary outcomes of change in frequency of smoking and acceptability were assessed according to standardised mean difference (SMD) and odds ratio, respectively.

None of the investigated NIBSs was associated with dropout rates significantly different from those of the sham control groups.

Smoking cessation treatment for patients with depression could save 203,000 US lives

Draft UK guidelines to tackle the health burden of smoking