Now a 'tsunami' of teens seeking treatment for 'eco anxiety' 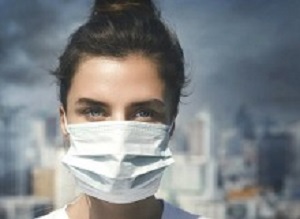 Parents are being warned not to "terrify" their children with doomsday climate change warnings amid a surge of young people seeking treatment for "eco anxiety".

According to an Evening Standard report, apocalyptic forecasts of climate catastrophe by activists such as Extinction Rebellion and Greta Thunberg are being relayed by parents in terms not "age-appropriate". As a result, they are triggering mental health problems among youngsters.

The report says psychologists at Bath University reported a "tsunami" of children turning to doctors, therapists and teachers for help to calm their worries of impending doom, with some prescribed psychiatric drugs.

Now the Climate Psychology Alliance (CPA) has issued a guide to "age appropriate" climate discussion for parents, and is calling for anxiety sparked by fear for planet Earth’s future to become an official psychological condition. But it added it would be wrong to class it a mental health disorder because the worries are “rational”.

Caroline Hickman, a teaching fellow at Bath and a CPA executive, is quoted in the report as saying: "A lot of parents are coming into therapy asking for help with the children and it has escalated a lot this summer.

“The symptoms are the same [as clinical anxiety], the feelings are the same, but the cause is different. The fear is of environmental doom – that we’re all going to die. Parents need to find some words to talk about it that is age-appropriate and not terrifying.”

The report says the CPA has issued a four-point guide to allow parents to make their children climate conscious, without scaring them.