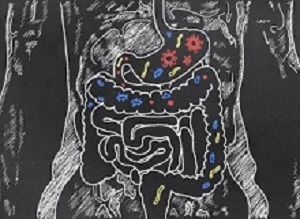 Probiotic 'cocktails' that are not tailored to individual needs have little or no effect on the gut, except that the trial on 46 people showed it led to delays in the normal healthy bacteria re-establishing themselves, a Weizmann Institute of Science study found.

BBC News reports that their study is among the most detailed analyses of what happens when we consume probiotics.

The report says the team at the Weizmann Institute of Science made their own probiotic cocktail using 11 common good bacteria including strains of Lactobacillus and Bifidobacteria. It was given to 25 healthy volunteers for a month. They were then sedated and samples were surgically taken from multiple places in the stomach and small and large intestines. The researchers were looking to see where bacteria successfully colonised and whether they led to any changes in the activity of the gut.

The report says the results showed in half of cases the good bacteria went in the mouth and straight out the other end. In the rest, they lingered briefly before being crowded out by our existing microbes.

Trillions of bacteria call the lining of our guts home and everyone has a different mix of microbial inhabitants. And Dr Eran Elinav said it was wrong to expect an off-the-shelf probiotic to work for everyone. He says that in the future probiotics will need to be tailored to the needs of individual patients.

He is quoted in the report as saying: "And in that sense just buying probiotics at the supermarket without any tailoring, without any adjustment to the host, at least in part of the population, is quite useless."

The research group also looked at the impact of probiotics after a course of antibiotics, which wipe out both good and bad bacteria. Their trial on 46 people showed it led to delays in the normal healthy bacteria re-establishing themselves. Elinav added: "Contrary to the current dogma that probiotics are harmless and benefit everyone, these results reveal a new potential adverse side effect of probiotic use with antibiotics that might even bring long-term consequences."

The report says there have been some proven benefits of probiotics, notably in protecting premature babies from necrotising enterocolitis. And there remains great hope within science that understanding the complex relationship between the microbial and human parts of our body will lead to new treatments.

However, Dr Trevor Lawley, a microbiome researcher at the Sanger Institute, said he was not surprised by the findings. He said in the report: "Probiotics have been around for a long time and they're coming under more scrutiny. These are very innovative studies, but they are preliminary findings that need replicating. The gut has a natural property to stop colonisation, as it usually blocks pathogens, and that is something we have to out-manoeuvre."

"People have thrown a lot of support to probiotics, even though the literature underlying our understanding of them is very controversial; we wanted to determine whether probiotics such as the ones you buy in the supermarket do colonise the gastrointestinal tract like they're supposed to, and then whether these probiotics are having any impact on the human host," says Elinav. "Surprisingly, we saw that many healthy volunteers were actually resistant in that the probiotics couldn't colonise their GI tracts. This suggests that probiotics should not be universally given as a 'one-size-fits-all' supplement. Instead, they could be tailored to the needs of each individual."

While past studies have investigated similar questions, they have all used patients' excrement as a proxy for microbe activity in the GI tract. Instead, Elinav, his colleague Eran Segal, (a computational biologist at the Weizmann Institute), and their teams spearheaded by Niv Zmora, Jotham Suez, Gili Zilberman Schapira, and Uria Mor of the Elinav lab collaborated with Zamir Halpern, chief of gastroenterology at the Tel Aviv Medical Centre to measure gut colonisation directly.

In the first study, 25 human volunteers underwent upper endoscopies and colonoscopies to sample their baseline microbiome in regions of the gut. 15 of those volunteers were then divided into two groups. The first group consumed generic probiotic strains, while the second was administered a placebo. Both groups then underwent a second round of upper endoscopies and colonoscopies to assess their internal response before being followed for another 2 months.

The scientists discovered that the probiotics successfully colonised the GI tracts of some people, called the "persisters," while the gut microbiomes of "resisters" expelled them. Moreover, the persister and resister patterns would determine whether probiotics, in a given person, would impact their indigenous microbiome and human gene expression. The researchers could predict whether a person would be a persister or resister just by examining their baseline microbiome and gut gene expression profile.

They also found that stool only partially correlates with the microbiome functioning inside the body, so relying on stool as was done in previous studies for many years could be misleading.

"Although all of our probiotic-consuming volunteers showed probiotics in their stool, only some of them showed them in their gut, which is where they need to be," says Segal. "If some people resist and only some people permit them, the benefits of the standard probiotics we all take can't be as universal as we once thought. These results highlight the role of the gut microbiome in driving very specific clinical differences between people."

In the second study, the researchers questioned whether patients should be taking probiotics to counter the effects of antibiotics, as they are often told to do in order to repopulate the gut microbiota after it's cleared by antibiotic treatment. To look at this, 21 volunteers were given a course of antibiotics and then randomly assigned to one of three groups.

The first was a "watch-and-wait" group that let their microbiome recover on its own. The second group was administered the same generic probiotics used in the first study. The third group was treated with an autologous faecal microbiome transplant (aFMT) made up of their own bacteria that had been collected before giving them the antibiotic.

After the antibiotics had cleared the way, the standard probiotics could easily colonise the gut of everyone in the second group, but to the team's surprise, this probiotic colonisation prevented the host's normal microbiome and gut gene expression profile from returning to their normal state for months afterward. In contrast, the aFMT resulted in the third group's native gut microbiome and gene programme returning to normal within days.

"Contrary to the current dogma that probiotics are harmless and benefit everyone, these results reveal a new potential adverse side effect of probiotic use with antibiotics that might even bring long-term consequences," Elinav says. "In contrast, replenishing the gut with one's own microbes is a personalised mother-nature-designed treatment that led to a full reversal of the antibiotics' effects."

Segal adds, "This opens the door to diagnostics that would take us from an empiric universal consumption of probiotics, which appears useless in many cases, to one that is tailored to the individual and can be prescribed to different individuals based on their baseline features."

Abstract 1
Empiric probiotics are commonly consumed by healthy individuals as means of life quality improvement and disease prevention. However, evidence of probiotic gut mucosal colonization efficacy remains sparse and controversial. We metagenomically characterized the murine and human mucosal-associated gastrointestinal microbiome and found it to only partially correlate with stool microbiome. A sequential invasive multi-omics measurement at baseline and during consumption of an 11-strain probiotic combination or placebo demonstrated that probiotics remain viable upon gastrointestinal passage. In colonized, but not germ-free mice, probiotics encountered a marked mucosal colonization resistance. In contrast, humans featured person-, region- and strain-specific mucosal colonization patterns, hallmarked by predictive baseline host and microbiome features, but indistinguishable by probiotics presence in stool. Consequently, probiotics induced a transient, individualized impact on mucosal community structure and gut transcriptome. Collectively, empiric probiotics supplementation may be limited in universally and persistently impacting the gut mucosa, meriting development of new personalized probiotic approaches.